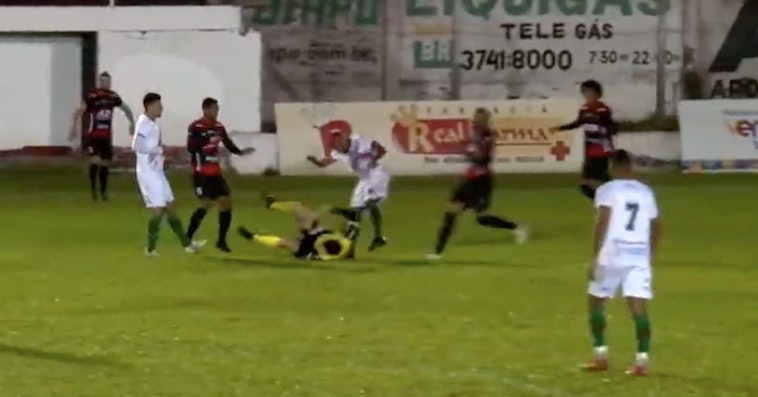 Brazilian soccer player William Ribeiro has been charged with attempted murder after pushing over Rodrigo Crivellaro, then taking a running kick at his head, according to The Independent. Ribeiro plays for Sao Paulo de Rio Grande, and Crivellaro was awarded a free kick against him in the second half of a match on Monday against Guarani de Venancio Aires.

In the horrifying video of the attack, Crivellaro can be seen falling to the ground, and Ribeiro can be seen delivering a hard kick to his skull. The blow left him unconscious and the match abruptly ended. The referee was kept in the hospital overnight and released on Tuesday.

Both police and medical personnel came onto the pitch and Ribeiro was arrested with no bail.

“His attack was very strong and violent, kicking the referee in the head and making him pass out,” said police investigator Vinicius Assuncao. “The referee had no chance of defending himself.”

Ribeiro’s contract has been terminated by Sao Paulo RS, and the club’s president, Deivid Goulart Pereira, apologized on the team’s behalf.

“On the exact day when all the red-green family gathered to celebrate the 113th anniversary of Sao Paulo RS, our club faced one of the saddest episodes of its history, a fateful scene that shocked all people who love not only Gaucho football but all those who just love the sport in general,” Goulart Pereira said in a statement.

“Rest assured, we are sorry and deeply ashamed. We send all the apologies in the world to the injured referee and his family as well as apologizing to the public in general for the lamentable scene seen today. The contract of the offending player is terminated. Furthermore, all possible legal measures in relation to the incident will be taken.”

The match did begin again the next day and was won by Guarani with a score of 1-0. 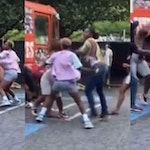 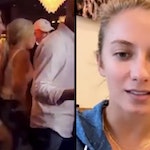