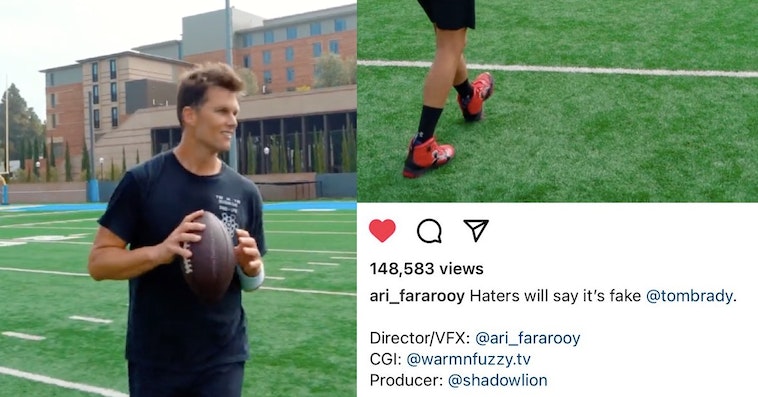 This past weekend a video of Tom Brady demonstrating an almost superhuman level of football throwing accomplishment went mega viral on social media. It was almost too good to be true! And it turns out that’s because it was.

The video was quickly exposed as a fake by CGI experts who keep getting tagged in the comments.

First, here’s the incredible “demonstration” from Brady, in which he says, “Training camp starts this week. I’m looking forward to having some actual receivers again.”

Then he hurls the ball three consecutive times right into the jug receiver, a machine that hurls balls at players to catch.

CGI expert Captain Disillusion, who makes it his business to uncover special effects for less educated viewers, explained why the video is a fake. Very generously, he says that they probably used special effects so that Brady wouldn’t destroy the real machine, which costs thousands of dollars, not because he couldn’t really hit the center with such accuracy over and over:

Despite the Captain’s efforts, quite a few people were taken in and fawned over Brady’s accomplishment:

But then the director of the video thanked CGI editor Ari Fararooy on Instagram after Brady tagged him in his post. Fararooy reposted the video on his own page and tagged various CGI and special effects artists.

Honestly, even as a fake, this video is pretty impressive:

It was just someone else showing off their skill. 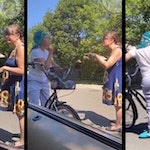 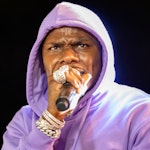