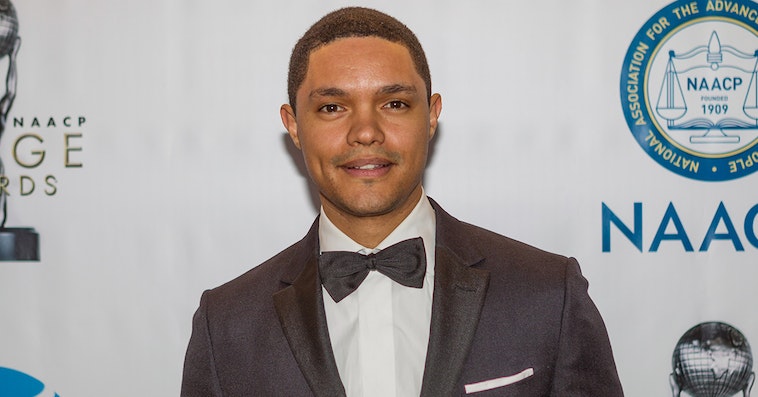 Kanye West won’t be performing at the Grammys this year due to his outlandish behavior on social media over the past few months, but Trevor Noah, one of the celebrities targeted in West’s rants, doesn’t agree with the decision.

West was temporarily banned from Instagram after calling Noah a slur on the platform, in response to the Daily Show host commenting on the rapper’s ongoing harassment of Kim Kardashian.

Both of these moves represent a rare consequence as West has continued to take aim at a whole slew of celebrities in recent months, even threatening D.L. Hughley and encouraging violence against Kim’s current boyfriend, Pete Davidson.

But Noah seemed disinterested in the decision made by the Grammys, tweeting on Sunday, “I said counsel Kanye not cancel Kanye.”

An anonymous source close to Noah also told E! News that Noah had nothing to do with the Grammys banning Ye, despite Noah slated to host them this year, and added, “[Noah] was not offended by Kanye’s Instagram post and Trevor responded on Instagram. The notion that Trevor or his team asked the Grammys to ban Kanye is ridiculous.”

In fact, Noah actually responded with kindness to West’s remarks, praising the impact he’s had on his life and stressing that “I don’t care if you support Trump and I don’t care if you roast Pete. I do however care when I see you on a path that’s dangerously close to peril and pain.”

Noah later added, “I’ve woken up too many times and read headlines about men who’ve killed their exes, their kids and then themselves. I never want to read that about you.”

But just as Noah’s remarks towards Kanye focus on the man himself rather than the people he is continuously harming, his sentiment that Kanye needs counseling rather than “canceling” also seem to miss the mark.

The argument could easily be made that West has needed some sort of help for years now — and if he’s not getting it, with all his resources and support, that’s a choice he has made. Declining to platform a man who is harassing women, threatening people who call him out, and throwing tantrum after tantrum isn’t cancelation, it’s consequences. And if Kanye doesn’t face them, it gives him carte blanche to continue going after others with impunity. 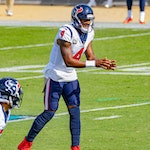 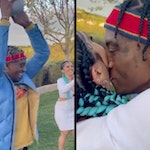