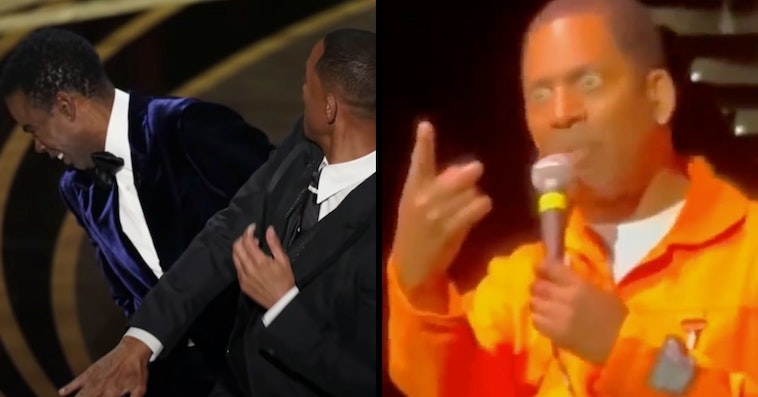 Tony Rock had a thing or two to say about Will Smith slapping his brother Chris Rock at the Oscars, according to a viral video that began making the rounds of his latest stand-up comedy show.

The video went viral late last week, and in contrast with Wiz Khalifa’s joking threat of gun violence should someone come up to him on stage, Tony Rock made it crystal clear what would happen if anyone did to him what Will Smith did to his brother on Oscars night.

“If you think you going to walk up on this stage, this ain’t the muthaf-cking Oscars!” Tony Rock told the crowd. “And if you walk your ass up here, you ain’t nominated for shit but these muthaf-cking hands! Oh, we going to pop the rest of the year, n—a. Every time you see me do a show, pop!”

He went on in the clip, “You gonna hit my muthaf-cking brother because your b-tch gave you a side-eye?”

In the aftermath of the comedian’s comments about Smith going viral, Tony Rock quote-retweeted users on Twitter snarking about the situation.

He replied with a peace hand emoji when one user said, “Let Bro know he’s a better man than people give him credit for. As bad as the situation was, it could have gone completely sideways if he hadn’t been the adult in the room.”

Another user asked if Diddy lied when he said the pair had made up the night of the Oscars, to which he simply replied, “Yep.”

(Diddy told TMZ recently, “I never confirmed they had reconciled. I said ‘as brothers they will work it out and let’s move on with love.'”)

Yet another asked, “Replace your brother with Jerry Seinfeld on the stage that night, Would the narrative still be the same or Will Smith be locked up by LAPD?”

Tony Rock replied, “You know” what would have happened.

One Twitter user commended Tony Rock and stand up comedians for the work they do.

When asked who would hit harder, Will or Jada, Tony Rock simply replied, “Momma Rock.”

Chris Rock hasn’t been vocal in the aftermath of the awards show like his brother.

On one of his Ego Death Tour stops, Chris Rock told the audience that he was still “processing” what happened at the Oscars, and that he would address it in his own time in both earnest and comedic ways.

He ignored questions from paparazzi on March 30 who asked if he would answer some questions about the slap, and stopped fans from chanting “F-ck Will Smith” at one of his Boston performances. 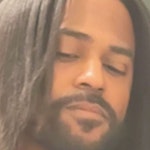 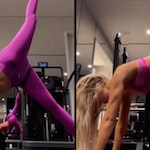