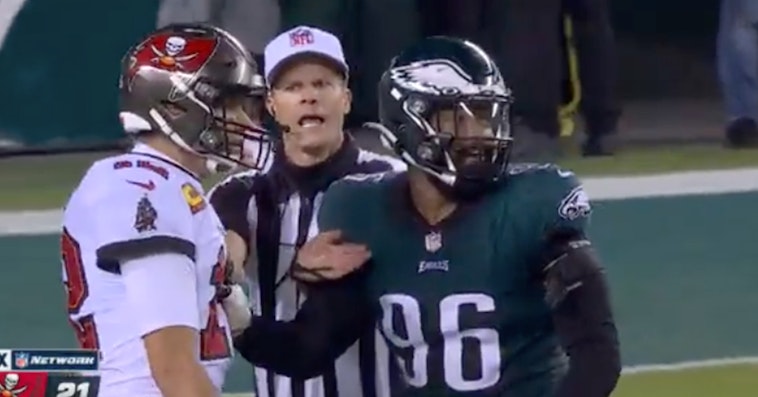 Football fans were up in arms on Thursday night after a referee stepped in in favor of Tom Brady during a live play.

Philadelphia Eagles defensive lineman Derek Barnett was blocking Brady after an interception when the referee physically stopped him — something many say they’ve never seen happen before in a pro game.

The call infuriated fans, who claimed the ref was openly biased in favor of Brady.

Others argued that the referee was actually in the right. 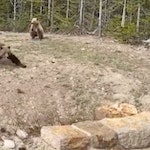 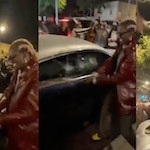