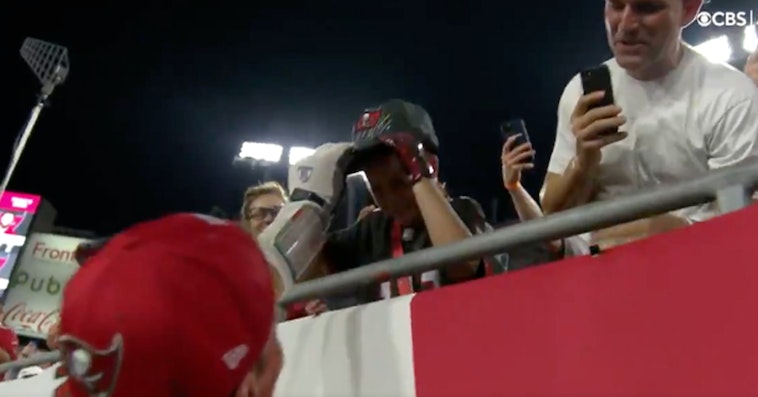 On Sunday, Tom Brady took a minute away from the Tampa Bay Buccaneers versus the Chicago Bears game to say hello to a special fan, the NFL reports. In a viral clip, Brady approached the young Bucs fan who had been holding a sign all through the game to get his hero’s attention.

With 33 seconds left in the game, Brady went over to the kid and gave him a hat. They shook hands, and as Brady turned away the kid absolutely lost it. He covered his face and cried tears of joy over the encounter. Get your handkerchiefs ready before watching this, because it’s a lot:

“That was really sweet. Obviously, tough kid, man. Puts a lot in perspective with what we’re doing on the field; in the end, it doesn’t mean much compared to what so many go through,” Brady said afterward.

“We all try to make a difference in different ways and I think so many guys commit times to their foundations and to doing good things for the world. And the NFL does a lot of great things, so it’s just nice to – I always think you know, do the best that you can do, under any circumstance. It was nice to see.”

During the game, Brady threw four touchdowns and crossed a line to become the first player in NFL history to throw 600 touchdowns. The Bucs won 38 to three against the Bears, so it was a big day for everybody, really. 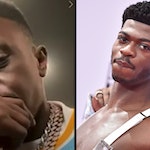 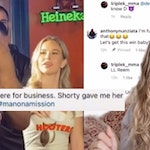