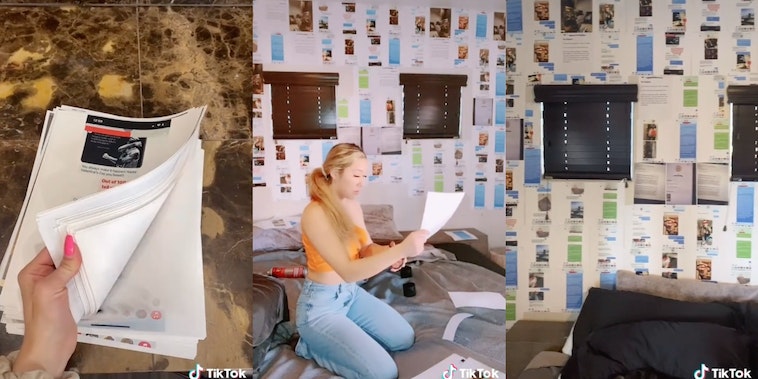 TikToker Emely Zambrano discovered that her gaslighting, Lakers-loving boyfriend was cheating on her, and chose artful violence as revenge.

Zambrano (@lovetruthink) posted the video, which has 2.4 million views, showing her pulling up emails with evidence of his numerous infidelities.

Zambrano says she suspected her boyfriend of cheating (which he gets into in subsequent videos) but he’d found a way to talk her into staying together. Those efforts would include copious amounts of gaslighting, and telling her she was “crazy.”

However, once she printed out the evidence, she bought superglue from Home Depot. Why? So she could cover the walls of his bedroom (and full-length mirror) with sheets of proof. She called it a “masterpiece.”

In part two, which has 7.1 million views, she reveals homeboy had been cheating with three other women. She explains that it took roughly two hours to complete the job.

The wild thing is that, as she explains in a follow-up video, he somehow completely denied having ever cheated, even in the face of a stack of evidence. She explains that he even called and left messages from an unblocked phone, just to refuse taking any ownership.

She didn’t want to be on hand for the reveal, and chance him talking her into continuing the relationship as he did before: “I didn’t want to give him a chance to do it again.” 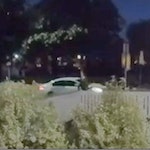