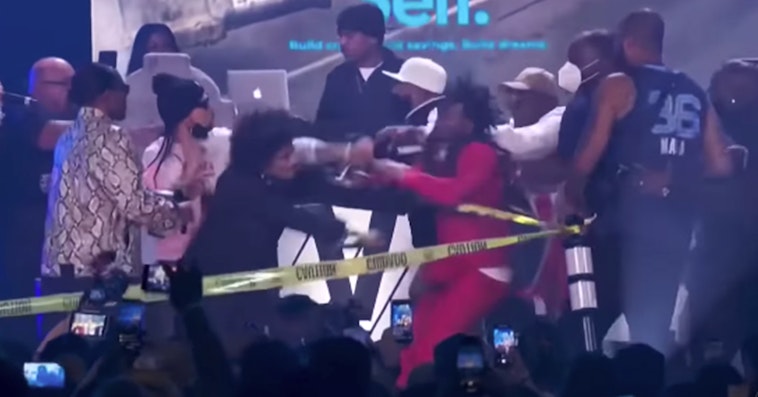 Bone Thugs-N-Harmony and Three 6 Mafia went at it during a Verzuz battle this week, and not just in terms of their music.

During Bone Thugs’ “Buddah Lovers,” DJ Paul and Gangsta Boo were slow dancing in a way that Bizzy Bone wasn’t down with, and after he finished his verse, he accused the Three 6 Mafia performers of mocking him.

“Before we even get started, you ugly motherf—kers ain’t finna be mocking me while I’m on motherf—king stage,” he said. “Like straight the f—k up.”

Juicy J responded by telling him to suck his d—k, and Bizzy escalated things even further by appearing to hurl a microphone at him.

Things only devolved from there, with the two groups trying to brawl right on stage at the Hollywood Palladium.

Fans weren’t particularly surprised about this turn of events, especially considering posts Bizzy made on social media leading up to the event.

“Finna f—k you devil-worshipping [N-words] the f—k up,” he said in a video promoting the battle, referring to Three 6.

He also wrote a rambling Instagram post challenging the group to “denounce satan on this BIG ASS PLATFORM TONIGHT!”

So no, no surprises about how this all went down.

The show did eventually go on, with a truce of some sort happening on stage.

“I feel as a man there is a time to apologize and be the bigger person. Even if you do not feel wrong,” Bizzy wrote on Instagram later. “I really hope you guys understand my passion for music and my seriousness about GOD… hopefully i gave you enough hell to know what HEAVEN can be like. You guys did a HECK of a job and embracing me after that took class as well. This is real. I am real. God bless you all.” 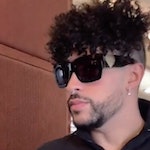 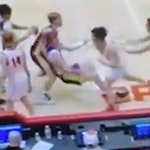