There is always a lot of talk over how little streaming services pay the artists who keep them in business, but few of us have actually seen the numbers broken down. I’m not sure how much research musical artist T-Pain has done on this chart it looks like he got off Reddit, but he probably has some first-hand experience on how much money he makes from these places.

“Just so you know….” wrote T-Pain, showing the list of streaming platforms and how many streams need to happen on each one to make $1. On YouTube Music it’s supposedly 1,250 streams and on Napster, it’s only 53. And that seems to be the most shocking thing of all: Napster is paying people the most money?!

T-Pain’s tweet caused the word “Napster” to start trending on Twitter as people questioned how this platform that was mostly know for ripping off artists is now the best place to make money.

But other people focused on the fact that it’s not easy for artists to make money when streaming platforms give them such a terrible deal on streams.

Though some have been doing some math that has them not feeling too sorry for T-Pain, based on his streaming records.

It’s definitely a messed up system. But at least Napster is cool again. 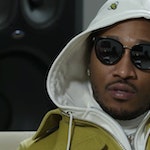 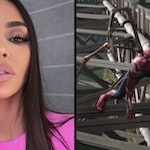