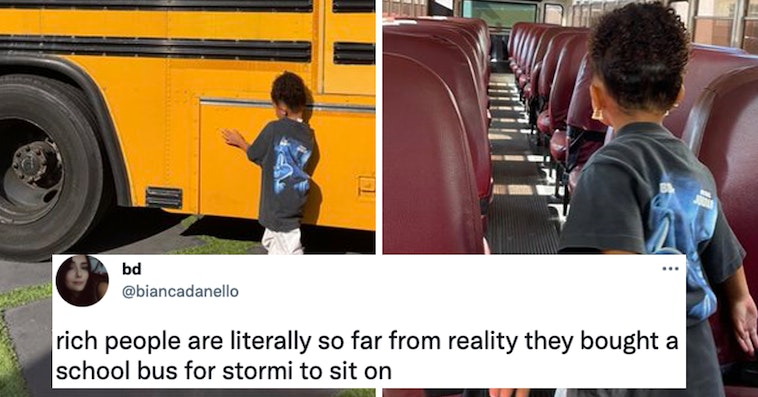 Kylie Jenner and Travis Scott are making headlines again over yet another lavish gift for their 3-year-old daughter, Stormi Webster, who has already encountered more wealth in her young life than most of us will in an entire lifetime.

Apparently, the toddler had gotten obsessed with the idea of riding a yellow school bus, something that likely won’t be happening any time soon considering she’s both a toddler and the child of horrendously rich parents. So to make sure there isn’t a single void in her life, Scott decided to surprise Stormi with a private school bus all of her own.

“all stormi has been talking about is riding a big yellow bus,” Jenner wrote on her Instagram Stories. “daddy surprised her.”

It’s unclear whether Scott rented the bus or actually bought a whole school bus to throw in the backyard, but considering some of the other expensive things the couple has done for their very young child who will likely remember none of this, anything seems possible.

And as happens every time Scott and Jenner spend more on Stormi than some of us see in money not marked for rent and bills in a year (or three, or five…), Twitter had some thoughts.

Obviously what some people say on the internet isn’t going to have much of an impact on people who are going to keep raking in dollars hand over fist no matter what. And if rich people want to buy (or rent) their kid a school bus, they’re going to do it. But showing it off online like some novelty is a whole extra choice — and yes, it’s one we expect from this family, but it’s still a CHOICE.

But yeah, we can’t wait to see how Scott and Jenner will kick things up a notch with the next purchase for little Stormi. At this rate, they’re going to run out of weird new things to buy her by the time she’s a pre-teen. 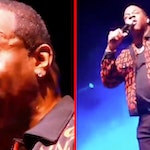 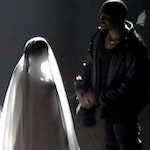