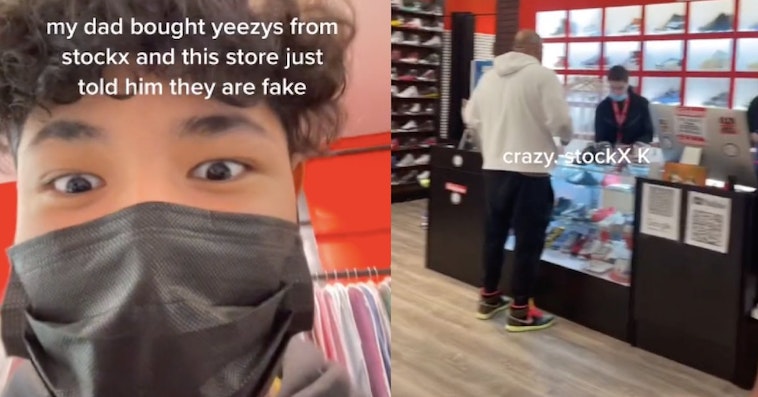 Sneaker reselling platform StockX depends on its reputation, and that reputation is getting bad. A TikToker posting under the handle @.adrian._ has gone viral with a post about his dad shopping on the StockX website and then going to a sneaker store and getting told his product doesn’t hold up to scrutiny.

The clip starts with young Adrian looking wide-eyed into the camera with the words “my dad bought Yeezys from StockX and the store just told me they were fake” written above his head. He then pans over to where his dad is standing with his pair of supposedly Yeezy Wave Runners.

In the comments, StockX asked Adrian to DM them, and he eventually posted their conversation in which he says that his mom bought the shoes as a gift and that the company offered to either re-authenticate or refund the shoes. Re-authenticate sort of sounds like re-virginize in this situation. Are they fake or not? The company claims its authentication process has a 99.95% success rate most of the time.

The Daily Dot reports these shoes usually retail for $300, and have gone as high as $453 over the last year on StockX. Fakes can be anywhere from $60 to $200, at which point you might as well get the real thing. If you can find them.

“We’ve gone out and we’ve acquired fake pairs, we’ve acquired real pairs, we’ve ripped them apart,” StockX co-founder Josh Luber told Complex in an interview on the issue of fakes. “We’ve documented every variant, we’ve created training materials, we have created training classes, there’s mentorship and hierarchy and all sorts of rules depending on how valuable a sneaker is.”

Mistakes happen, and it’s very disappointing for everybody. 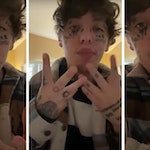 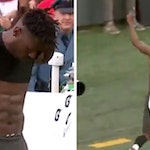