Snoop Dogg has been accused of forcing a woman to perform oral sex on him in 2013, TMZ reports, according to a new lawsuit against the rapper. The woman says the alleged attack occurred after a Snoop Dogg show in Anaheim, California.

The unnamed woman claims that Snoop’s friend Bishop Don “Magic” Juan offered her a ride home, but was driven to his house instead after she fell asleep in the car.

Afterward, the woman, who is a dancer and model, says Juan gave her a dress and suggested they meet Snoop to discuss a part in a television show he was working on, titled From tha Streets 2 tha Suites. She says she felt ill when she arrived and went to the bathroom, where she claims Snoop Dogg cornered her and forced her to perform oral sex on him “while Plaintiff was defecating on the toilet.”

She then says she never received a role, because the musician was angry she “refused to willingly and enthusiastically give oral sex.”

To TMZ, Snoop denied the story and then insinuated the woman was a “gold digger” in a post on Instagram. The rapper recently performed at the Super Bowl and a source representing him also told TMZ that he is suspicious of the timing of the accusation. They also allege she asked for $10 million before suing both Snoop Dogg and Juan for unspecified damages.

Another report from Rolling Stone says the assault took place after a 2013 Snoop show at Club Heat Ultra Lounge and that the TV project mentioned in the suit is actually Snoop Dogg’s Double G News Network, and she was being considered as the “weather girl.” 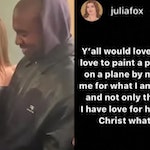 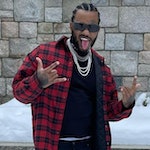