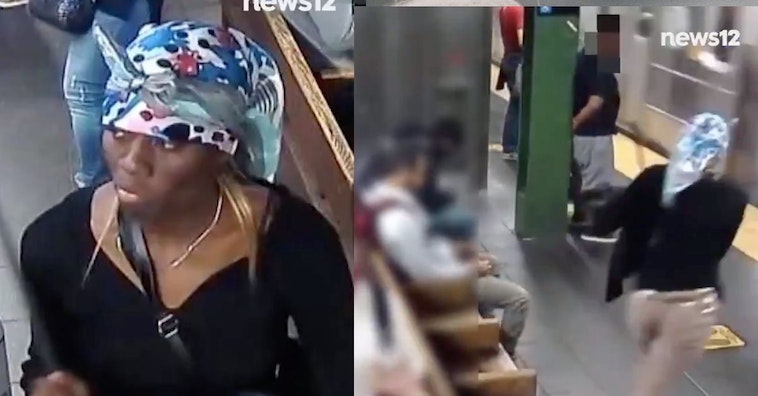 29-year-old Anthonia Egegbara has been taken into police custody after a video started circulating in which it appears she is shoving another commuter into an oncoming train. Pix 11 News reports that Egegbara has been charged with attempted murder. The attack took place at 8 AM on Monday morning.

The victim was a 42-year-old woman who sustained injuries to her face when she was shoved into the northbound One train in Times Square. She was taken to a nearby hospital. The surveillance footage shows her attacker sitting on the nearby bench, seeming to wait until the train was close enough to push the person in the blue backpack into danger in a premeditated fashion.

Investigators seem to think the attack was unprovoked.

“This unprovoked attack was senseless and absurd,” said MTA Acting CEO Tim Minton in a statement Tuesday. “The city needs to provide additional health services to assist those who may endanger themselves and others. The NYPD’s rapid identification and arrest in this case makes riders safer.”

Later that afternoon, a man was shot in the leg in that same station, making people nervous about how safe the subway is in general.

“NYPD officers are on-scene, both street-level and below-ground at the Times Square subway station as we investigate a person with a gunshot wound to the leg. The public should expect to see numerous emergency personnel in the area,” the NYPD Transit unit tweeted.

The shooting victim survived, and was apparently hit while urinating in a corner of the station, reports the New York Post. 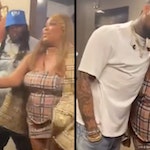 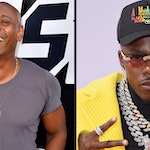