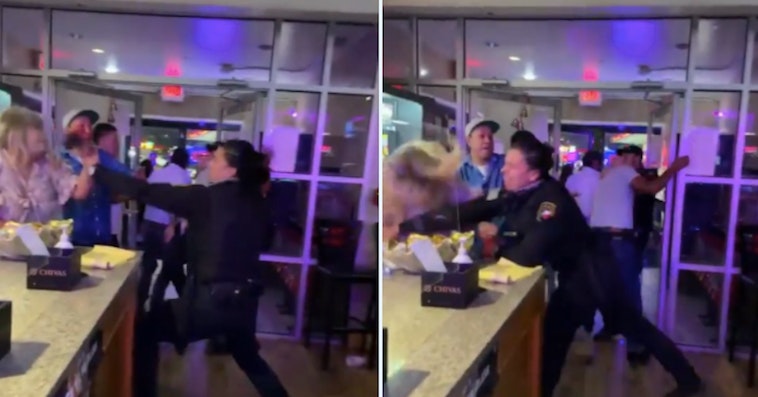 A video posted by Twitter user @LITIVATED should probably be nominated for some sort of bar fight cinematography award. So much happens in just over a minute, it’s hard to know where to look.

A lot of that can be attributed to the security guard who must have worked as a stunt choreographer in another life, because she hits several people so hard and in such quick succession it’s basically a Marvel movie.

It starts with her punching a guy out the door, then whip kicking him in the crotch area. A woman by the door tries to get a punch in, or stop the security guard from beating him further, and gets the meanest right hook you’ve seen outside of a stadium for her effort. The guard runs out the doors to keep hitting her original target:

In a follow-up tweet, @LITIVATED said the guy getting his ass kicked was drunk and they’d been trying to get him kicked out for a while before he started recording. He also mentioned the guy’s wife was swinging, but I don’t think it’s the same woman who was at the door? I dunno, chaos reigns!

People have a lot of opinions, especially about the blonde lady getting caught up in the moment and crying the instant her actions had consequences: 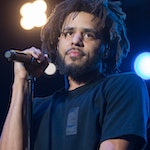 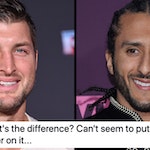