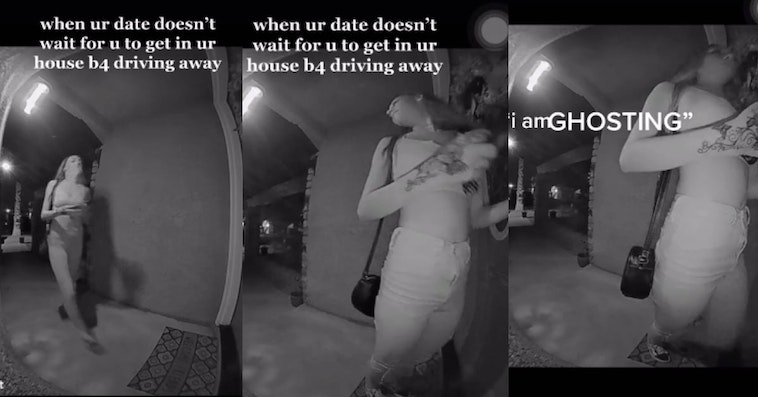 Dating is cutthroat these days, as everyone has their own list of “red flags” in a potential partner. There’s a lot of disagreement about what qualifies as a red flag, depending on if the person arguing is exhibiting that red flag. Then, they think it’s fine. There are a lot of men in the comments of TikToker @Jadealyzaee‘s viral video saying that she’s the problem after she wrote she was “ghosting” a guy for his behavior.

The TikTok was taken from her Ring security camera, in which Jade can be seen walking up to her front door.

“When ur date doesn’t wait for u to get in ur house b4 driving away,” she wrote over the clip. The car isn’t clear, but Jade looks over her shoulder, supposedly as her date drives away.

“Red flag number 2, I am ghosting,” she says, before going inside.

She says first red flag was that the date didn’t open her doors for her, but she did say that he paid for dinner:

In the comments, some people totally agree that driving away is a red flag, and not just in a date.

A bunch of people said even their Uber drivers wait for them to get in the door before driving off or that they’d wait for their guy friends to get in as well:

But others came to the comments to tell Jade that actually the guy didn’t like her and that she’s the red flag in this situation:

There were some who told Jade that it’s her responsibility to communicate why she doesn’t want to see him anymore, because ghosting is immature:

Well, maybe he’ll just see the viral TikTok and no conversation will be necessary. 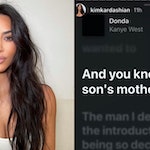 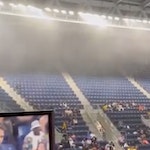