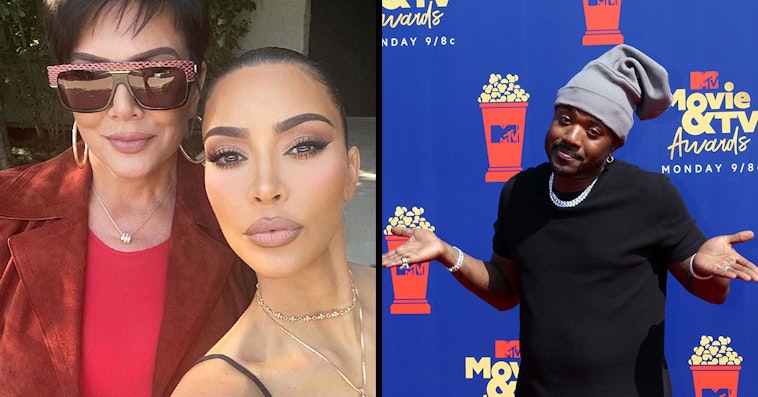 Ray J said in an exclusive interview with the Daily Mail Wednesday that he has never had copies of the sex tapes made with Kim Kardashian while they were together.

The sex tape first came out from the company Vivid Entertainment in 2007, and Kim sued them for invasion of privacy before dropping the suit and settling for $5 million. There are some, like Ray J, who allege that Kim and mother Kris Jenner were behind the whole thing.

While Ray J says he originally pitched the idea of the sex tape release, the mother and daughter duo took the suggestion and signed a contract for two tapes to be released: the 2007 one from a vacation Cabo San Lucas, Mexico and a second filmed in Santa Barbara, California.

“She kept them all. I never had a tape in my possession in our whole relationship,” Ray J told the Daily Mail. “She’s always had all the tapes in a Nike shoebox under her bed. I’m sure she has bigger beds now and better boxes. […] Once I pitched the idea to her, just playing around a little bit, that’s when she jumped on the idea, talked to her mom and it was out of my hands from there.”

The release of the tape made Ray J feel “suicidal” and said that “as a Black man living and working in America, it’s hard to get up every day and look out at the water or look at my family and know that they think something about you when you know it’s 1,000 percent the other way.”

He says he lost out on jobs working on Dancing with the Stars and America’s Got Talent because of the 2007 sex tape release.

“For me, I’ve been walking on eggshells thinking I’m going to get in trouble for telling the truth and I’ve been holding onto it for the past 14 years and watching them humiliate me. They’re celebrating my destruction,” he added, and said that a statement made by Kim in The Kardashians on Hulu finally motivated him to speak out about the tapes.

The infamous laptop hand-off with Kanye West at a private LAX terminal didn’t contain any explicit videos, according to Ray J.

He told the British tabloid that there were photos and video moments of their relationship, and that’s it.

“It wasn’t a sex tape — it was a lot of pictures, a lot of little mini videos, and a lot of proof we’ve been talking over the years.”

Ray J also shared screenshots of DMs allegedly with Kim about the lies from The Kardashians, saying, “So she responds immediately with all of these different plans and ideas that will make me feel better. At the same time, you’re [Kim] telling the whole world that I’m a horrible person and I haven’t spoken to you and how could I do this to you? If you look at the DMs, you can see that she’s continuing to try to keep me in a box — only what she can do to make me feel better after they killed my name.” 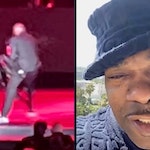 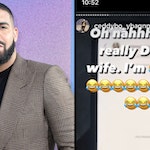