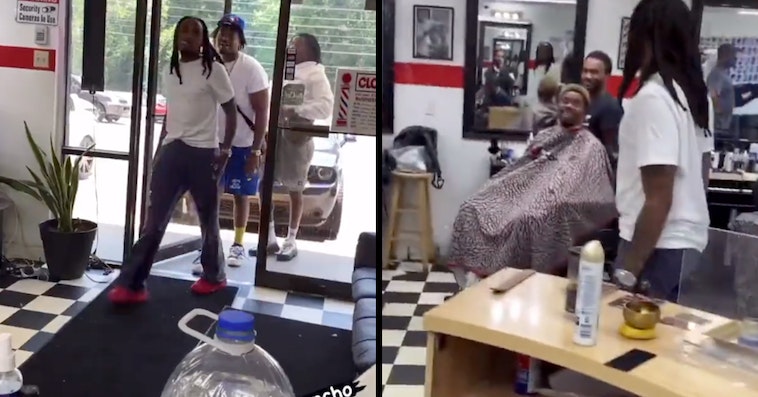 A video filmed by a barber of him kicking his client out of his chair when Quavo walks into the barbershop has gone viral in the last couple of days on social media.

For context, Instagram user @youssefbarber, owner of Diamond Cuts Barber Studio in Atlanta, Georgia, posted the video on Friday, June 17. In it, you see Youssef’s longtime customer, Lance, laughing as Quavo walks in the door with his posse. The barber tells Lance to get up from the chair so Quavo can get his cut.

To be fair to the barber, he had warned Lance in advance that Quavo was coming and that he would need to pause his cut in the middle if he showed up before Lance’s haircut was finished.

“What would you do if QUAVO Huncho walked into your barbershop?” the video’s text overlay reads, adding, “Get yo ass up, Lance, n do that dance,” with a dancing emoji at the end.

They all seem to be having a good time in the video, with Lance chuckling the whole time as Youssef tells him, “You gotta go, man. You gotta go.”

Lance seemed to be worried about the comments and reactions to his barber’s video, with some folks telling Youssef he would have lost them as a client if he’s done that to them. He posted a comment, seen below, addressing those people.

Comments on social media ranged from amused to annoyed that the barber would ever consider kicking out a returning customer just for a celebrity who walked in his door, telling Youssef that it was unprofessional of him to do that.

Many commenters noted that there was nothing personal about what Youssef did to his buddy Lance. It was business, and a celebrity client is going to pay big bucks for that barber’s work. 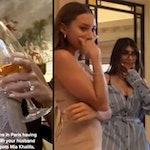 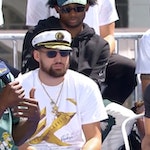