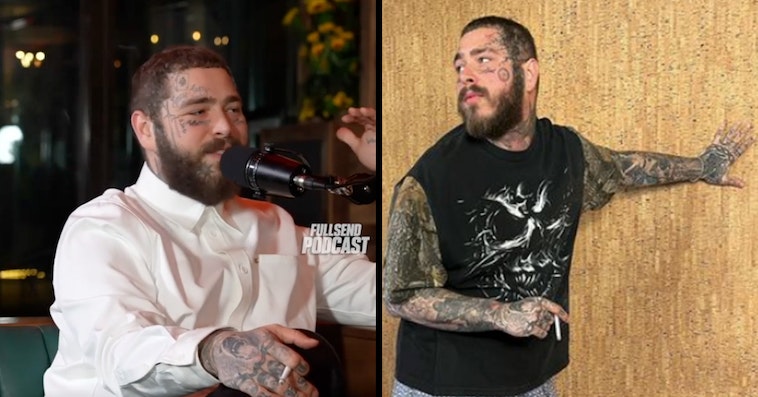 It’s a common occurrence to see a cigarette poking out of Post Malone’s mouth, and it appears that it’s for a good reason: he smokes somewhere between 40 or 80 cigarettes a day.

The rapper revealed this staggering number when he made an appearance on the Full Send Podcast with NELK’s NELK’s Bob Menery and Kyle Forgeard.

When he was asked on the podcast about the largest number of smokes he’d had in one day before, the rapper replied, “Probably like 80.”

He also went into where he likes to smoke, as well as how the addiction affects his music.

“I used to [smoke them in bed], but not really anymore,” he said. “Now I have like a special zone – it has like my PC in it and my Magic: The Gathering shit, so I just go down there and fucking rip cigs and build decks and die in Apex Legends. It definitely has [messed up my voice], but I mean, Johnny Cash smoked his whole life – he sounded cool, you know?”

In a 2017 video for GQ, Post Malone “went undercover” on a variety of social media accounts, including Reddit. In the video, he said he preferred Camel Crush over Marlboro Reds because they don’t hurt his throat like the Marlboro brand did.

“I used to smoke Marlboro Reds and that was a lot cooler of me, but now I smoke girly cigarettes like Camel Crush and that’s my favorite cigarette,” he said. “I like ’em ’cause you can smoke ’em all day and it’s just like… it doesn’t hurt your throat that much. But Marlboro Reds suck. Not really, but they hurt.”

Another instance showing his addiction to cigarettes was the time in Dublin in 2019 the rapper was told he would be fined $4,000 for each cigarette he smoked in the venue and he did it anyway.

“We got to the venue today… they told me every cigarette I smoke in here is $4,000,” Post Malone said right before lighting a cigarette. “And that officially has been the most expensive cigarette I’ve ever lit in my whole life.” 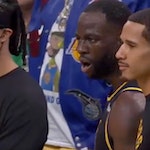 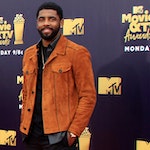