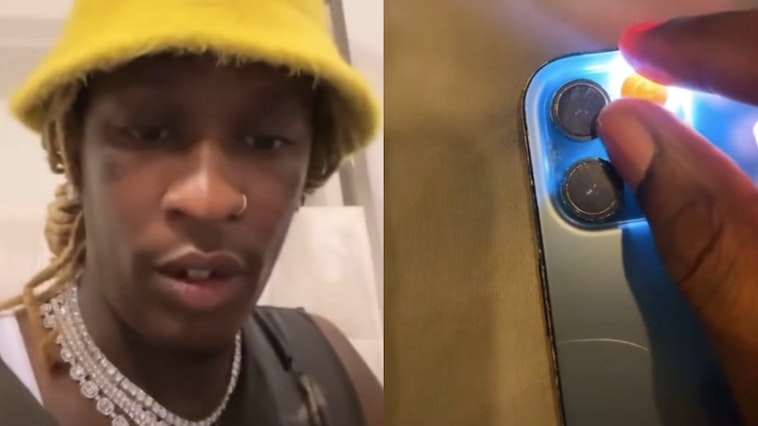 When considering drug use, harm reduction is a good place to start. Most people are not going to suddenly stop doing drugs, so they have to survive the experience. Buying illegal drugs for recreational use comes with all sorts of dangers, especially during a time when the powerful opioid fentanyl seems to be getting mixed into just about everything, causing overdoses all over the country.

It seems like Young Thug has noticed all these trends and he’s trying to do something about it. Unfortunately, his advice is somewhat questionable.

Young Thug posted a message to fans on his Instagram, according to Vice, and it was reported on TikTok by @_4rings. In the clip, Thug is trying to give people advice on how to check if their pills bought off the street are legit or not.

“Stop doing drugs, especially pills, because they be fake,” he begins. “But if you do do them, this is a real effect. If it glows when you put it under a light, it’s real.”

He demonstrates by placing a pill of some kind over his smartphone flashlight, which shines through the pill’s stamp. While this might be a way to check, it is not definitive or full proof. Even pills made illegally could potentially be stamped, and the light is just shining through the thinner part of the pill.

Experts told Vice that most fentanyl strip kits require a powder by put in water, so a strip can be then put in the water. Obviously, this isn’t ideal for a pill. An epidemiologist named Alex Kral told them people should absolutely not do this to figure out if the pill they’re taking is “safe.”

“We need more drug checking availability in the U.S. Mass spectrometry machines should be installed in many places,” he said.

That’s pretty much what the comments on the TikTok said as well, as some argued it might be a beginning way to check, but does not guarantee safety of any kind:

The reality is that there is no safe way to take illegal drugs. It’s also a reality that a whole lot of people are going to do them anyway. Do everything you can to reduce harm in drug use, but make sure you actually look up stuff celebrities tell you. 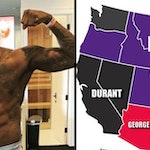 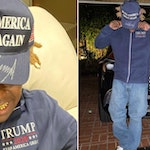