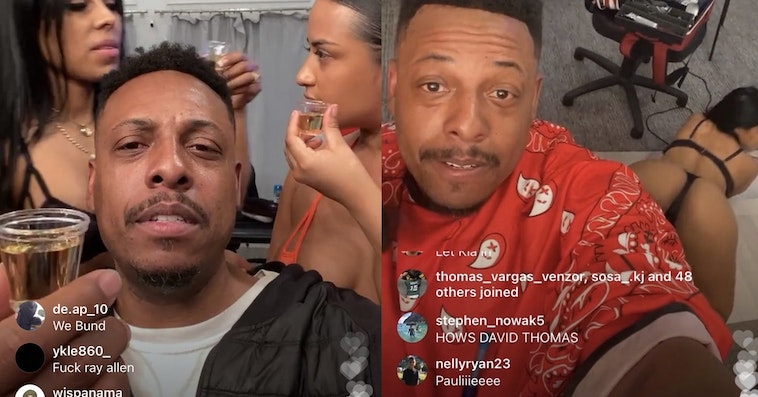 Former NBA star Paul Pierce was fired from his analyst job at ESPN after going live on Instagram over the weekend during a party featuring strippers and booze — and it’s turning out to be quite the controversial move.

Social media is constantly shifting expectations regarding what parts of our private lives we can share and what might threaten our jobs and careers. Whether it’s fast-food employees getting fired for making videos on the job or actors getting fired for refusing to tone down controversial Twitter statements, it’s impossible to deny that what we do online can have serious negative effects on our lives in the real world.

The question of whether it should gets a little more complicated.

In Pierce’s case, his separation from ESPN comes immediately after he livestreamed himself partying and probably wasted, hanging out with strippers and other dudes, talking about how everyone should get the COVID vaccine.

While the network didn’t explicitly state this was why he was fired, it would be difficult not to assume a connection.

The Daily Beast’s Corbin Smith penned a passionate defense of Pierce, noting that there was no loud backlash over the event, or or calls for Pierce’s job, and suggesting that other ESPN contributors have done far worse and yet retained their jobs.

Boston.com’s Chad Finn took the opposite approach, pointing out that ESPN is owned by Disney — the same company that ultimately fired Gina Carano for her controversial Twitter posts — saying that Pierce’s firing is part of “the consequences that come due when an employee does something to put the employer in a bad light.”

Twitter reactions to the news also varied, with some fully understanding why Pierce lost his gig, and others insisting it never should have happened.

Pierce himself doesn’t seem too concerned, tweeting that there are already big things coming his way and “even when I lose I’m winning.”

In the meantime, adult site CamSoda has reportedly offered him $250,000 to host an NBA-related show for them — exotic dancers not only welcome, but required. 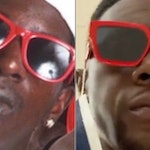 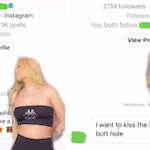