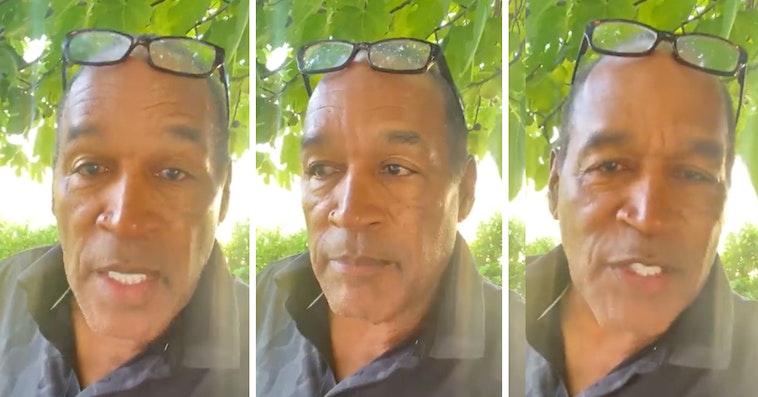 Former football star O.J. Simpson recently astonished fans and critics alike when he revealed his reason for avoiding visits to Los Angeles: he’s worried about running into *whoever* killed his ex-wife Nicole Brown Simpson and her friend Ron Goldman.

“I have trouble with L.A.,” Simpson recently said to The Athletic‘s Tim Graham. “People may think this is self-serving, but I might be sitting next to whoever did it. I really don’t know who did this.”

The article was published as part of the publication’s countdown of the top 100 players in NFL history. Simpson—who was ranked 41st—announced while sipping on a Bloody Mary that he has some idea of who could’ve committed the homicides, while in the same breath boasting about his charmed life.

“How many Americans, even today, wouldn’t like to live my life?” Simpson said. “I don’t work. I play golf four or five days a week. I go out to dinner a couple of nights with friends. People want to buy me drinks. I’m always taking pictures with people. Ladies hug me.”

OJ Simpson was acquitted of the June 1994 double murder the following year. Though he was found liable for the deaths in a 1997 civil trial (he still owes the victims’ families millions of dollars) and though he wrote a “hypothetical” account of the murders titled ‘If I Did It’ in 1997, he still staunchly maintains his innocence.

“I figured eventually somebody would confess to something, you know?” he said. “I had one suspect I told my lawyers to look at. I still think he might be involved, but I can’t talk about it.”

“The L.A. thing, unfortunately, some people wrongfully believe something, but I moved on. I still think I’m a good guy. I didn’t let it change me,” Simpson said. “It did for a while. I was angry for a while, but I treat everybody the way I want to be treated.” 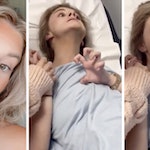 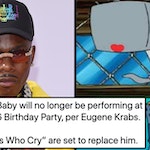