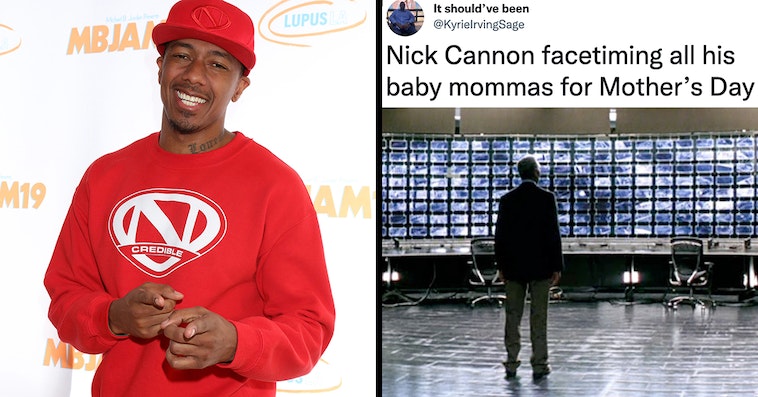 Mother’s Day is commonly a day to celebrate the women in our lives who birthed and/or raised us, but that wasn’t the case for one particular celebrity who went viral on Twitter for Mother’s Day: Nick Cannon.

For those who don’t know, Nick Cannon is known for having had a veritable brood of children with more women than most — and loving every second of being a father. In his prank war with Kevin Hart, the comedian even sent Cannon a condom vending machine for Valentine’s Day this year.

The people of Twitter got Nick Cannon’s name trending, with users wondering just how the celebrity was spending the holiday with the mothers of his seven (and counting) children.

“Nick Cannon had to get up at 5:30am to start sending his Happy Mother’s Day texts,” one user joked.

Another posted a photo of a man standing in a control room with hundreds of video screens, saying, “Nick Cannon facetiming all his baby mommas for Mother’s Day.”

Yet another said, “Nick Cannon calling all of his baby mommas to tell them “Happy Mother’s Day” like:” and shared a photo of a man with fifteen phones arrayed in front of him playing Pokémon GO (does anyone still play that game?)

“y’all think nick cannon texted everyone individually or he just put all the women in a group chat to tell them happy mother’s day?” tweeted one user.

Other users joked about Nick Cannon buying gifts and flowers for all of his baby mamas.

“Me trying to find gifts after Nick Cannon finishes his Mother’s Day shopping,” said one user, sharing a photo of an empty supermarket aisle.

Many Twitter users joked about Nick Cannon needing to hoof it to each of his children’s mothers throughout the day.

One user compared Cannon’s Mother’s Day to the latest Doctor Strange movie, which was just released at the beginning of May.

We already know that model Bre Tiesi and Cannon announced her pregnancy on January 31 of this year, but it looks like his ex Lanisha Cole is also pregnant with her first child.

She announced the news on Mother’s Day, with no news of who the father-to-be is, and so many are suggesting the baby may be Nick Cannon’s. 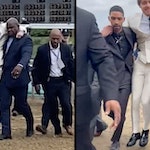 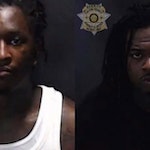