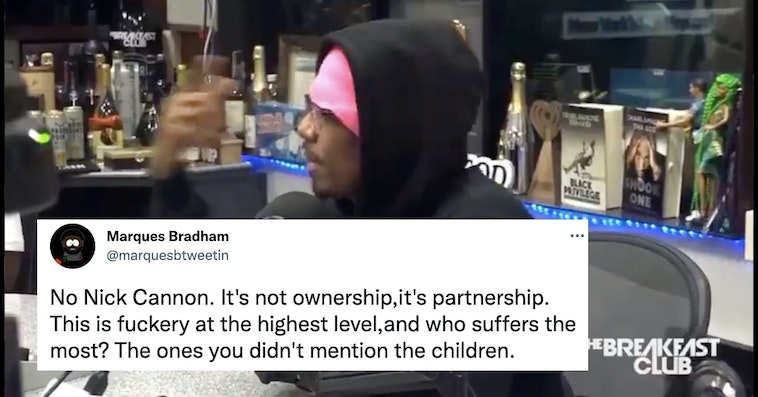 Nick Cannon is now the father of seven children, from five different women. Two of them are the twins he had with his ex-wife Mariah Carey, but since his divorce, Cannon seems to have developed some new ideas about commitment. Or maybe these are ideas he’s always held, and that’s why he’s divorced.

On Monday, Cannon made an appearance on Power 105.1’s The Breakfast Club and explained to cohosts Charlamagne Tha God and DJ Envy why he keeps making more mini-mes.

For one thing, he thinks monogamy is a “Eurocentric concept.” But he also loves being a dad:

“The beauty of fatherhood, man,” he said. “When you really talk about the essence of living in…as a father, too. I’ve learned so much just from my children and it’s so amazing. And I really just love being around my kids and just that youthful energy. Like you get to relive every time.”

“And I think because I’ve been through so much in my life: physically, mentally, and spiritually. The best place that I find is the time that I spend with my kids, and the energy and to get as much of that as possible. To pass on all that I’ve lived into something else. That’s why I do it, man.”

“But why do people question that?” Cannon replied. “That’s a Eurocentric concept when you think about the ideas…you’re supposed to have this one person for the rest of your life. And really, that’s just to classify property when you think about it. When you go into that mindset if we’re really talking that talk. The idea that a man should have one woman? We shouldn’t have anything. I have no ownership over this person.”

He continued, “If we’re really talking about how we coexist and how we populate, it’s about what exchange we can create together. So, I’ve never really subscribed to that mentality. I understand the institution of marriage but if we go back to what that was about, that was to classify property.”

“One father gave another man his daughter for land. So when you really get to that concept, alright well, we gotta change all of this up because I don’t want ownership over anybody. I don’t have ownership over any of the mothers.”

“We create families in that sense of we created a beautiful entity…I don’t subscribe to that. Those women, all women, are the ones that open themselves up to say, ‘I would like to allow this man in my world. And I will birth this child.’ It ain’t my decision. I’m following suit.”

This explanation isn’t entirely flying with people on Twitter, mainly because birth control is a thing, so it’s not like he has to impregnate all these people. Some even joked that the reason he’s having these kids is he has the money to afford them and hates condoms.

But if he can afford it:

Still, one man, even if he has lots of money, can’t possibly be driving to five different households in a day for quality time with his kids. 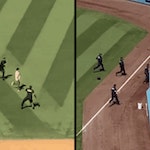 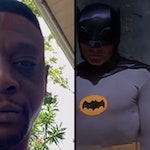