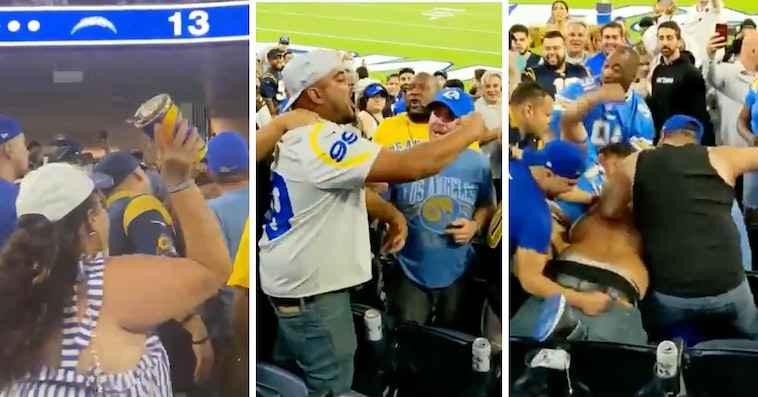 Football fans in Los Angeles were dealing with more conflict than just the one on the field after a fight broke out in the stands at SoFi Stadium Saturday night.

It’s unclear what exactly started the altercation, which saw a man in a Rams jersey arguing with other apparent Rams fans in the stands. When he turned his back, a woman threw a drink at him, and violence erupted immediately after.

People attempted to hold him back, but he was eventually pulled forward into another row and absolutely pummeled by multiple men, as bystanders laughed, threw drinks, and recorded the brawl on their phones.

Video taken from even further back shows that another fight broke out nearby shortly after the first.

That angle also shows security showing up long after the fights started, and after it seemed as if everything had already calmed down.

This was the first time fans have been allowed at games in SoFi Stadium since the pandemic began, as Los Angeles games were played to an empty stadium last year.

The game was nearly sold out, but now fans are wondering if having such a ridiculous brawl break out will cause any hiccups moving forward.

TMZ reports that one of the men was escorted out after the fight, but people are also holding out hope that the woman who threw the drink and escalated the situation gets banned from future games.

The whole thing was certainly a wild welcome back to the world of live sports, particularly for the fan who took a whole lot of punches to the face and wound up with the bloody mess to show for it. 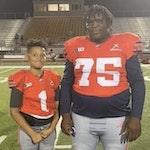 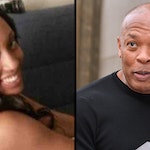