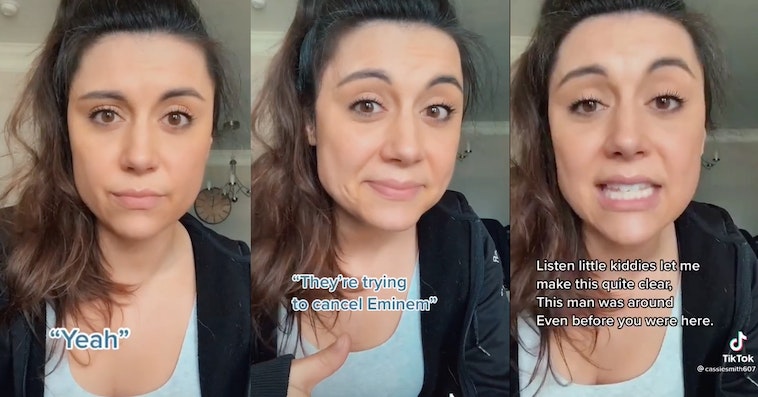 TikTok has turned into a bizarre battleground between Gen Z and millennials, but after a recent video defending Eminem went viral, millennials may just have to call it all quits.

For the most part, millennials have ignored the insults Gen Z has attempted to lob at us, taking aim at everything from our hairstyles to our fashion sense to our music choices. After all, the kids taking their style cues from boomers may be creative and articulate enough to throw some harsh barbs our way, but we know every generation has to forge their own path.

But after zoomers took offense at some old Eminem lyrics from “Love the Way You Lie,” one TikTok user had had enough.

Cassiesmith607 decided to express her irritation with Gen Z “canceling Eminem” through a rap of her own.

“So what? You’re all mad ‘cause the man was a lyricist, while all your rappers are mumbling gibberish?” Cassie asks in a rhyme that feels more in line with Dr. Seuss than “The Real Slim Shady” rapper.

It’s pretty apparent that the whole thing is meant to be a light-hearted jab more than anything else.

But that has absolutely never stopped people on the internet from piling on — and the video is still pretty cringeworthy when it comes down to it.

Quite a few people were quick to point out that millennials DID try to cancel Eminem, actually, as did those older than us, as a result of his violently misogynistic and homophobic lyrics.

For her part, Cassie doesn’t seem too concerned about the people bashing her video, opting instead to focus on all the new followers it’s brought her and dancing at the haters. It’s almost like years of getting bashed by just about every other generation for everything imaginable has made millennials impervious to criticism — even when it may be well-deserved. 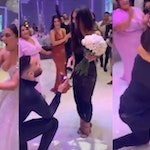 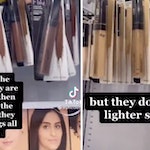