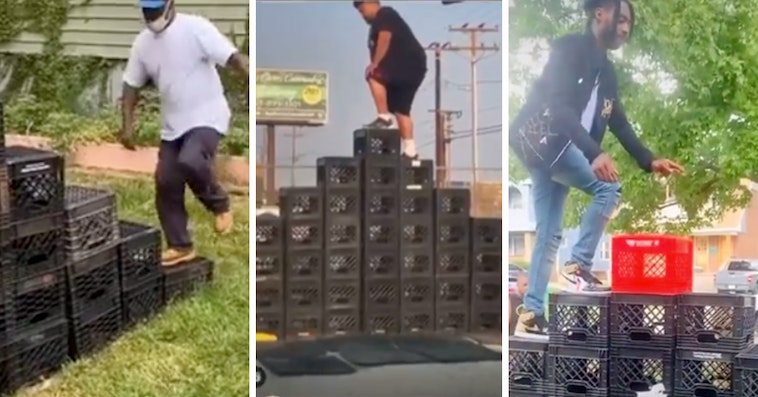 If TikTok is the logical successor to YouTube, one thing that’s certainly been maintained between the two platforms is the propensity of its users to upload videos of themselves doing dangerous stunts in the hopes that others will join in and make the same questionable life choices.

The idea here is to set up plastic milk crates in a triangle formation, with the highest stack including seven crates. They form a very wobbly staircase that goes both up and down, and the person taking on the challenge is supposed to walk up and down the crates without touching them with their hands or falling over and knocking the whole thing down.

While milk crates are pretty sturdy, stacking them on top of each other, particularly on soft, uneven ground, turns this into a disaster waiting to happen.

And more often than not, the milk crate challenge results in people falling and hurting themselves while their friends watch.

Although yes, every once in awhile, someone comes through with a success story.

Including this guy who did it while rolling a blunt.

And this woman who beat the challenge in heels.

Most of the people watching from home are getting a few laughs out of the failures, but wouldn’t want to replicate it in their own yard.

And the laughs aren’t just coming from the failures themselves — the whole idea of stacking up some plastic boxes and tripping over yourself as you crash down them for a little bit of internet clout has people sitting safely at home behind their computers pumping out the jokes.

At least this challenge is slightly better than eating Tide Pods. Slightly. 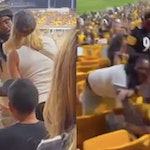 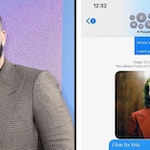