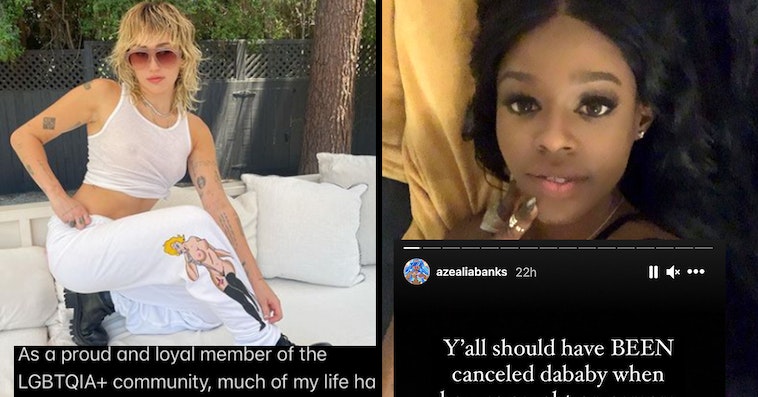 A lot of people are sick of “cancel culture,” but I’m mostly sick of hearing about it. For the most part, it doesn’t work. People who get “canceled” tend to pop right back up like whack-a-moles. But this week, something very unexpected happened—rapper DaBaby actually started experiencing consequences for making homophobic comments at Rolling Loud 2021 festival in Miami.

Probably if he’d apologized immediately with an appropriate PR message, it would have faded away, but instead, he doubled down on his comments in a series of since-deleted Instagram posts.

And what happened? DaBaby started getting renounced by other celebrities, including musical icon Questlove, who kicked him off a show after DaBaby claimed to not know who he was. He was also removed from Lollapalooza, Governor’s Ball, and Day N Vegas, according to Insider.

Elton John and Madonna spoke out against him. It’s a mess over at the DaBaby camp, and he even issued some more serious apologies after checking his dwindling prospects. But they weren’t that great:

There is one person in the LGBTQ+ community willing to extend DaBaby some grace and that person is pop singer Miley Cyrus. She posted a message to DaBaby on her Instagram page, offering to share some knowledge.

“As a proud and loyal member of the LGBTQIA+ community, much of my life has been dedicated to encouraging love, acceptance, and open mindedness,” she wrote. “The internet can fuel a lot of hate & anger and is the nucleus of cancel culture…but I believe it can also be a place filled with education, conversation, communication, & connection.”

“It’s easier to cancel someone than to find forgiveness and compassion in ourselves or take the time to change hearts and minds. There’s no more room for division if we want to keep seeing progress! Knowledge is power! I know I still have so much to learn!”

She also said in her Instagram caption, Cyrus tagged him and told him to check his DMs.

“Would love to talk and see how we can learn from each other and help be part of making a more just and understanding future!” she wrote. She also pointed him to @greaterthanaids for more information about HIV and AIDS education.

Rapper Azealia Banks, meanwhile, posted a message to her Instagram Story arguing that DaBaby should’ve been canceled long ago for hitting a woman in the face.

Banks here is referring to a video taken in March of last year in which DaBaby slapped a woman who seemed to have hit him with her phone during an appearance at Whiskey North in Tampa, Florida. DaBaby apologized on his Instagram story after video of the incident went viral.

DaBaby did say that he wanted some education in his second apology attempt, released to People:

“I appreciate the many people who came to me with kindness, who reached out to me privately to offer wisdom, education and resources. That’s what I needed and it was received. I want to apologize to the LGBTQ+ community for the hurtful and triggering comments I made. Again, I apologize for my misinformed comments about HIV/AIDS and I know education on this is important.”

Maybe by this time next year, DaBaby will be “uncanceled,” if he can manage to stay strong on the “I’m sorry” message. 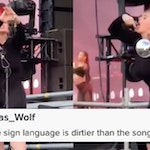 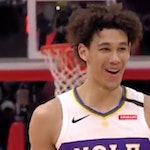