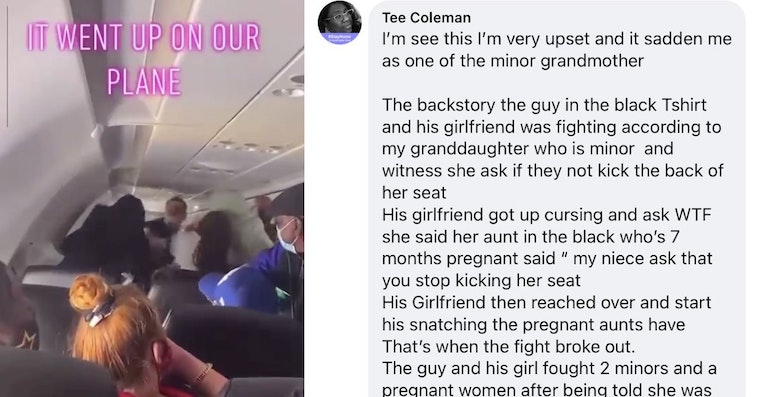 There’s not a lot of context for what exactly happened on this flight that caused a brawl in the aisle thousands of miles up in the air. At least, not much that can be officially confirmed. But there’s a lot of interest in the viral video showing people throwing down and some commenters are working as Twitter detectives to figure out what happened.

The clip was posted by @_Triceeeey, and it shows a man and two women struggling in the seats. The woman in white seems almost like she’s trying to break it up, and like there were people close by trying to jump in—or maybe they were just getting sucked into the fight through proximity.

Some people found a comment about the matter on Facebook left by someone named Tee Coleman, who seems to be saying that the fight broke out when a woman asked a couple to stop kicking the seat of her niece. They clearly took offense:

And somebody else found another angle on the whole altercation:

The people need another angle! pic.twitter.com/ZwPjzGS8bo

Coleman’s comment also suggests this took place on a Spirit Airlines flight. Of all the “factual” evidence putting this story together, that part seems most likely to be true. They charge extra for no-fight flights. 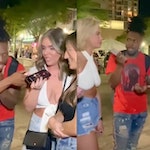 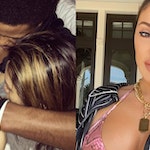