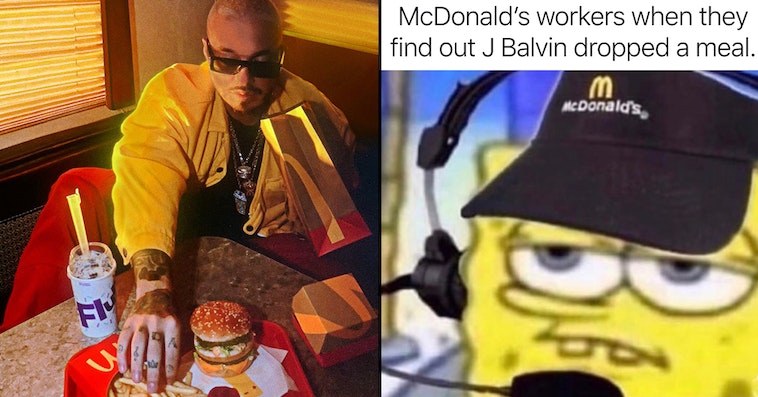 McDonald’s announced its new “J Balvin Meal” this week, to capitalize on the success of the Travis Scott Meal promotion, which ended just one day prior. The 35-year-old Columbia native has sold 35 million records worldwide, and in 2018 even collaborated with Cardi B on her Billboard number-one single “I Like It.”

So what’s J Balvin’s go-to McDonald’s order, then? Unlike Scott’s quarter pounder with cheese, bacon, and lettuce, medium fries with BBQ dipping sauce, and a medium Sprite with extra ice—the reggaeton singer prefers a Big Mac with no pickles, medium fries with ketchup, and an Oreo McFlurry. The absence of pickles on a Big Mac and omission of a drink seems like a bold and perplexing move, but, hey—whatever moves burgers, right?

“He’s always been a regular at McDonald’s restaurants during his concert tours, and now we’re excited to bring his go-to order to our menus across the US,” said McDonald’s US chief marketing officer Morgan Flatley, in a statement. Apparently, the fast-food chain has additional “surprises” with J Balvin in store for the coming weeks.

As the news hit Twitter, people predictably responded with jokes and memes—many had to do with fatigued McDonald’s employees having to suffer through another celeb collab.

A lot of people also had the same joke about how the fast-food chain’s ice cream machines could throw a wrench into McDonald’s plans for the J Balvin Meal.

The J Balvin Meal will be available through November 1. Prices vary by location, however, if you order through the McDonald’s mobile app for pickup the McFlurry is on them. 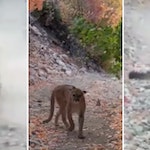 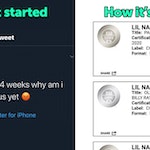