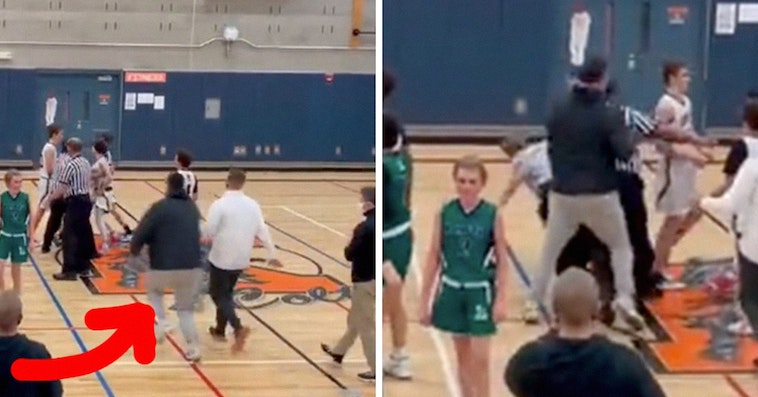 A middle school basketball game devolved into violence when a father ran onto the court and allegedly assaulted a referee.

Video taken at Kenmore Middle School showed an eighth-grader intentionally committing a foul on a player from the other team who had the ball at the time. A referee stopped the game, and the aggressive middle schooler shouldered the kid he just fouled.

Someone on the other team pushed him in response, leading to a referee running in to break things up. The original aggressor got pushed to the ground in the process, although it isn’t immediately clear from the video if he was shoved by the referee or another player.

Seconds later, a man barrels onto the court and shoves an entirely different referee who came over to help, knocking him flat.

The man was identified as Mark McLaughlin, and he is reportedly the father of the boy who committed the foul and shouldered another player.

Witnesses say he shouted, “No one touches my son!” as he ran onto the court. Although parents called police, father and son left before they arrived.

Still, McLaughlin was ultimately arrested and charged with second-degree assault, and posted bail set at $20,000. King5 also notes that he has a past domestic violence charge.

The 72-year-old referee was left with a broken, bleeding nose and a broken cheekbone.

The video was shocking enough to go viral online, with everyone criticizing the example McLaughlin set for his child.

McLaughlin pled not guilty to the charges. 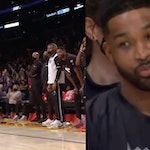 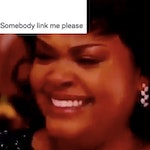