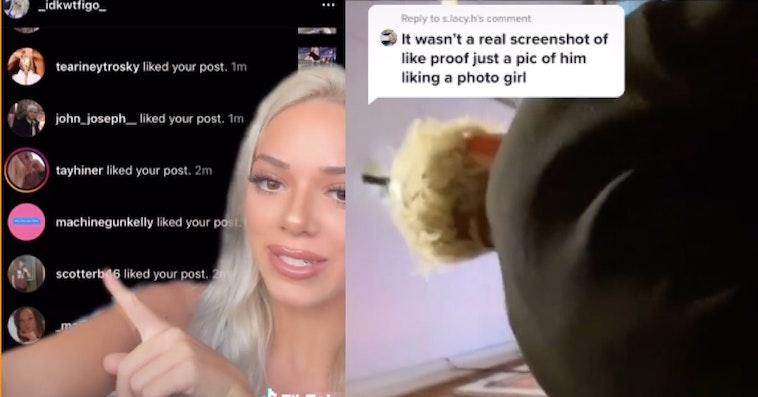 It’s a popular time online for girls exposing the awkward celebrity DMs on TikTok, and TikToker @emmielamp has joined the fray with a whole awkward story. In a viral TikTok, Emmie says she was messaged by musical artist Machine Gun Kelly, and they actually met up. Until he turned on her when she accidentally called him “sis.”

Emmie says she met the rapper in 2019 after she was “fangirling” over him on Instagram.

He liked her post then slid into the DMs with a classic “wya.”

They linked up, and when the word “sis” slipped out as she was talking to him, he freaked, calling her a “dumb bitch” and a “weird bitch” for good measure.

She went and cried in the bathroom, then went fun. She concludes the video by saying, “Have fun, Megan Fox.”

The story is crazy on its own, but Emmie did provide a bit of visual evidence that seems to show the back of a guy who sure looks like MGK, which she alleges she took during their meet up:

She shows herself in the video as well:

Though there are people who don’t believe Emmie, there are also a lot of folks in the comments who say they had similar experiences with MGK, or know someone who did:

There were also a lot of people disgusted with his alleged hot-headedness, and some suggested they should hit up his Instagram with the word “sis.”

And now his comments are flooded:

Emmie spoke to the Daily Dot, saying she was surprised that the video went viral and didn’t intend to “throw dirt on his name.”

“After it happened I was so embarrassed I remember going in the bathroom to cry and calling my friend Megan to pick me up in tears,” she told them. “I honestly don’t know what I expected going into the situation, but definitely not that. Looking back on it now it’s a funny story to tell!! I do wish he would’ve reached out or even apologized but it is what it is. Based on all the other stories I think that’s just the kind of person he is.”

No one’s heard from MGK about the video yet, but he might not care if people know how he acts with women considering he does it so much. 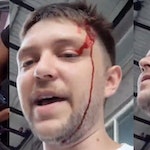 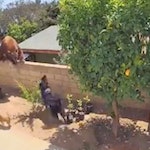