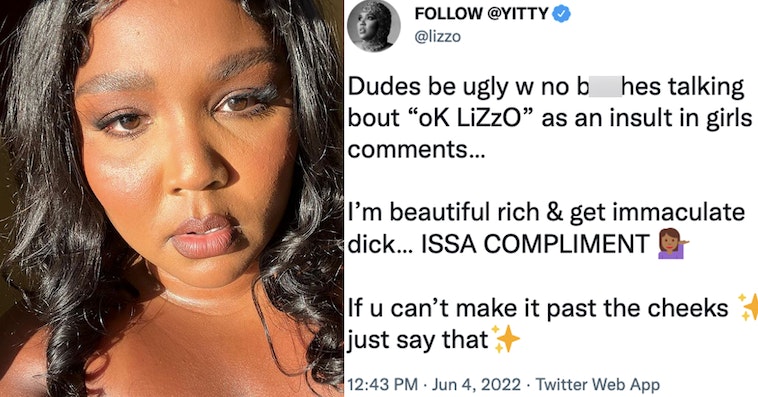 Lizzo repeatedly refuses to take crap from jerks on the internet and it is beautiful to see.

A few months back, people on the internet took issue with Lizzo’s Yitty Shapewear she wore in a review music video for her new song, “About Damn Time.” In the video, Lizzo gets out of a car on the tarmac and struts her stuff up the stairs to a private jet to her new song while wearing a Yitty bra and leggings with the back cut out, showing off a lot of skin as she looks over her shoulder at the camera.

When someone on Twitter commented that she was “allowed to get her BARE ASS on a plane” while “Olivia Cuplo former Ms Universe is forced to wear her boyfriends hoddie to fly Cabo,” the famed singer shot back,“Like what you see?” and linked the user to the website of her Yitty Shapewear collection with Fabletics.

The latest clapback from Lizzo hasn’t been directed at anyone specifically, and it is unclear what sparked the singer’s desire to post the message.

In the tweet, Lizzo takes fire at men who use her name to insult women’s looks, saying, “Dudes be ugly w no bitches talking bout ‘oK LiZzO’ as an insult in girls comments…”

“I’m beautiful rich & get immaculate d-ck… ISSA COMPLIMENT 💁🏾‍♀️,” she went on. “If u can’t make it past the cheeks ✨just say that✨”

While it is unclear which tweets or social media posts made Lizzo want to post the message, the “immaculate d-ck” comment is clearly a direct reference to her new boyfriend, Myke Wright. 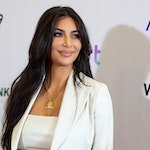 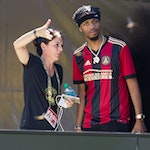