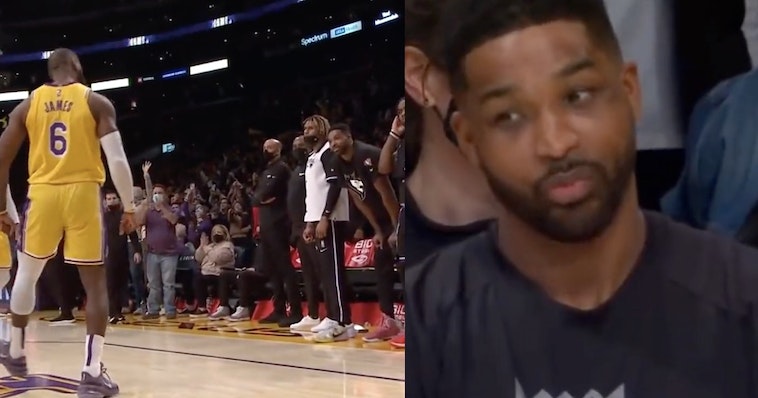 On Tuesday night, the Lakers played Sacramento Kings, and LeBron James and Tristan Thompson were having some sort of side competition because James had his attention split between playing the game and talking sh-t to Thompson. In the closing minutes, James put a layup that put the Lakers at 118-112.

Immediately after the play, James walked up to the Kings’ bench. Thompson was not playing that night, but James made eye contact and yelled, “I’m a motherf-cking problem, bitch!”

One game announcer, at least, was convinced that that the message was specifically for Thompson, saying, that James “looked right at him.”

The two are supposedly friends, having played four seasons together on the Cavs, so it’s hard to tell if there is any real animosity here or if James was simply caught up in the adrenaline of his gameplay. The Lakers did win at 122-114.

Thompson has got other stuff on his mind right now, anyway. The man demanded a Houston woman take a paternity test to prove he was the father of the baby she is carrying and claimed was his—and she was telling the absolute truth.

Thompson ended up apologizing publicly to his ex, Khloé Kardashian, and their daughter True. Getting screamed at by James was probably a nice distraction from that whole mess. 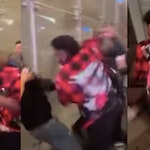 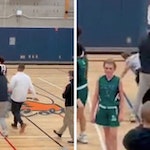