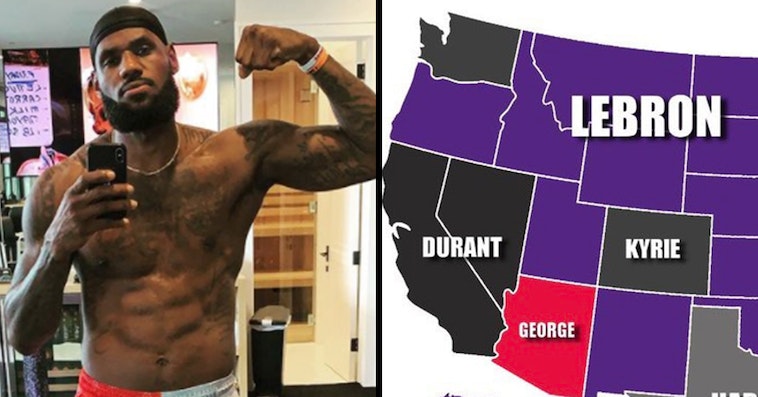 In the past few weeks, LeBron James has been catching a lot of heat for his habit of leaving the court when things aren’t going his way. After losing the playoffs, everyone dunked on him for flying to Cancun for a long vacation, though it’s not clear if he did. People love to hate on him, though not quite as much as Trae Young.

On the other hand, it doesn’t look like Young even made it on the map in this study conducted by SportsInsider.com, which claims that James is the most hated player in the NBA.

The site came to this conclusion by using geotagged Twitter data from just the last month, according to Complex, which involved literally searching phrases like “I hate LeBron” or “LeBron sucks.” If you look, you shall find.

James was most hated in 24 states which is a whole lot! And the second most hated player, Kyrie Irving was only hated the most in 18 states, so there’s a big gap.

After that, the gap gets even wider, with James Harden being most hated in three states, just like Kevin Durant. Russell Westbrook and Paul George are only most hated in one state. Good for them.

I’m noticing some of the most hated players are also acknowledged as some of the best, but the haters are still gleefully supporting the survey’s findings:

But how will they feel about him after Space Jam: A New Legacy Comes Out? In general, it seems pointless to hate someone so much who couldn’t care less about you—especially when negative attention makes them money, too. 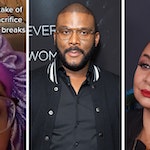 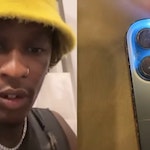