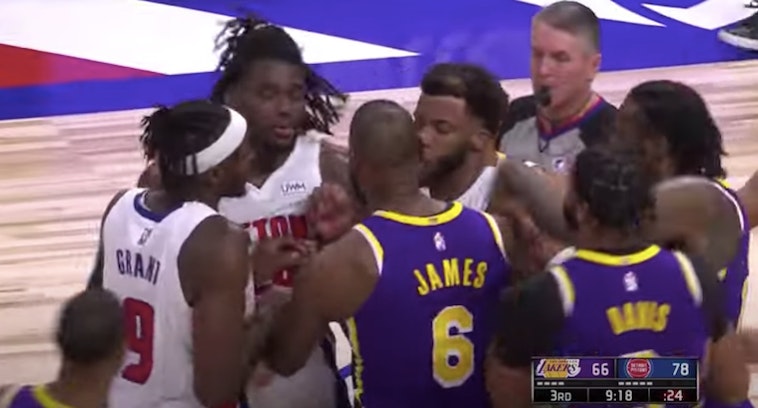 LeBron James is not known as the most humble of men, so it’s surprising to learn he allegedly tried to find the number of Isaiah Stewart after bloodying his nose during Sunday’s game.

The incident took place in the second half of the game between the Detroit Pistons and Los Angeles Lakers, when both players went up for a rebound at the same time. Stewart got elbowed in the face, it seems, and a heated fight broke out.

Teammates and coaches and pretty much everyone swarmed the pair to try and break the fight up. At one point Stewart seems like he’s pulling back and then it starts all over again. Eventually, both players ended up getting kicked out.

On Monday, it was announced that the league gave Stewart a two-game suspension and James will be out for one. This is the first time James has been suspended in his career.

Sources are saying that after the game Lebron tried to get Stewart’s number because he wanted to apologize and tell him the whole thing was an accident, at least according to The Athletic’s NBA Reporter Shams Charania, who was interviewed on the Pat McAfee Show.

“I’m told LeBron James did try to track down Isaiah Stewart’s number postgame to apologize to Stewart again and let him know that it was an inadvertent hit to his face, and so the league is going to have to review it,” Charania said. “This is not something that’s common with him. This would be a first-time offense for him, so I think you would have to factor that in for any type of league discipline.” 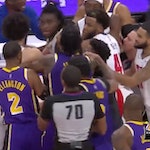 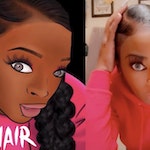