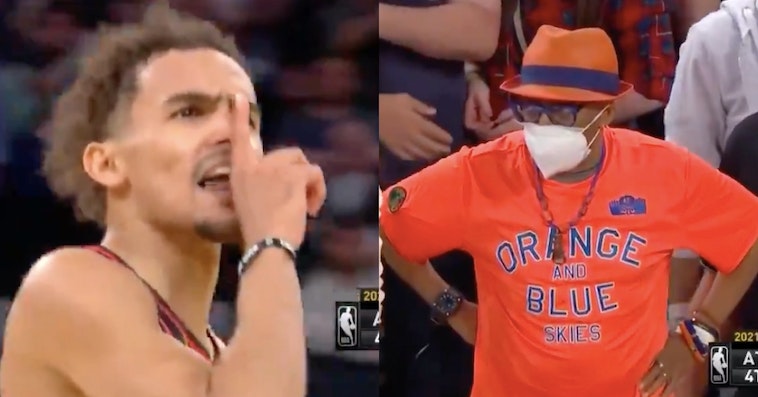 Madison Square Garden opened up on Sunday for a game between the New York Knicks and the Atlanta Hawks, who ended up taking the game after the Knicks had established a lead. They won 107 to 105, and the victory was largely attributed to new player Trae Young.

Even though he was in New York’s home court, he managed to shake off some pretty hostile chanting from the crowd. It actually seemed like he thrived on it.

Starting the game, Knicks fans were yelling “f-ck Trae Young,” but Young was playing really well, according to CBS News. Here’s some of their sports talk that means nothing to me at all, except that Young is good at what he does:

Young pulled the right pick-and-roll string virtually every time on Sunday. He weaved into the lane for his usual array of floaters. He finished through contact. He baited New York into fouls and went 9-for-9 from the line. He slung passes to corner shooters. He drew the defense and spoon-fed dunkers.

He also sunk the game-winning shot with .9 seconds left in the game. That’s when things got real quiet. Young mocked the crowd, wondering why they didn’t have anything else to say, seeming to mouth the words, “It’s quiet as f-ck in here.”

In a post-game interview, Young admitted he fed off the negativity.

“When you’re in a zone, and everybody’s chanting F-U … it got real quiet at the end,” he said. “For me, I wanted to hear those F-U chants again.”

Basketball fans are pretty superstitious, so I doubt they’ll be chanting at Young in unison again—it makes him win. 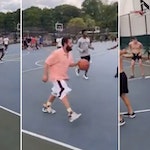 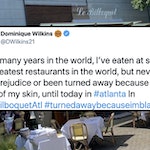