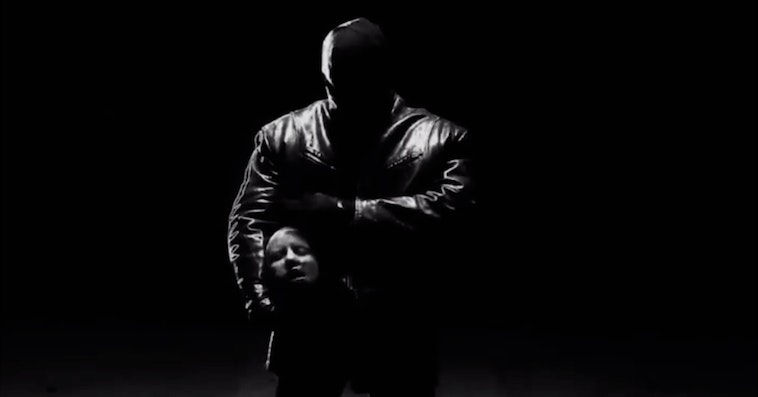 Kanye West has been making the headlines for months amidst his beef with ex-wife Kim Kardashian’s new boyfriend, Pete Davidson. His latest music video for his new song “Eazy” seems to show a claymation version of the rapper kidnapping Davidson and burying him alive.

The video was posted to West’s Instagram account on Wednesday, the same day that a court judge declared Kim Kardashian officially legally single in the midst of their ongoing divorce.

“Eazy” is a collaboration with fellow rapper The Game, and West’s lyrics on the track have received a slew of criticism. The song was released back in January and features the lyrics, “God saved me from that crash / Just so I can beat Pete Davidson’s ass.”

The music video is a mixture of footage of West and claymation.

West is shown carrying around a decomposing decapitated head, mixed in with the animation in which the clay representation of the rapper appears to kidnap and bury alive a figure that bears a striking resemblance to the “Saturday Night Live” star.

The video ends with the animated West cutting flowers from the buried-alive comedian’s grave and filling a truck bed with the flowers. This is an overt reference to West’s unasked-for Valentine’s Day gift to Kardashian of a truck filled with roses and the words, “MY VISION IS KRYSTAL KLEAR” across the side.

Title cards at the end of the video read, “Everyone lived happily ever after… except Skete (you know who).” The nickname West gave Davidson, Skete, is crossed out. The final message reads, “JK he’s fine.”

While Kardashian and Davidson have not publicly acknowledged West’s video, the media personality did stand up for her beau in a subtle way on Twitter by liking a tweet from “The Suicide Squad” director James Gunn in which he lauded Davidson’s character.

“For the record, Pete Davidson is one of the nicest, sweetest guys I know,” the director wrote. “A truly generous, tender & funny spirit, he treats everyone around him with respect.”

West’s disturbing video has been viewed more than 5 million times on Instagram and has received 35.7k comments.

The music video is only the latest in a string of jabs and harassment against Davidson.

West has talked about wanting to “beat Pete Davidson’s ass” in interviews. He’s lashed out at Davidson’s earnest comments about there being nothing wrong about taking medication, calling them “mental health jokes.” Davidson, meanwhile, has publicly stated he finds the threatening “Eazy” lyrics “hilarious.” West also leaked texts between him and Kardashian to his Instagram account, which has since been wiped clean, while saying, “IF ANYONE LOVES ME AND MY FAMILY IF YOU SEE SKETE IN REAL LIFE SCREAM AT THE [LOSER] AT THE TOP OF YOUR LUNGS AND SAY KIMYE FOREVER.”

In the series of text messages, Kardashian called out her ex-husband for his messaging, saying that he was “creating a dangerous and scary environment” for her boyfriend. She went on to tell West, “Someone will hurt Pete and this will be all your fault.”

After the messages, West posted again to his Instagram, telling followers, “Upon my wife’s request please nobody do anything physical to Skete [I’m] going to handle the situation myself.”

If you are a victim of domestic abuse or want more information on domestic violence and resources for victims, contact the National Domestic Violence Hotline online or at 1-800-799-SAFE (7233). 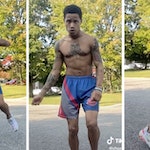 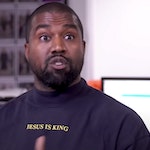