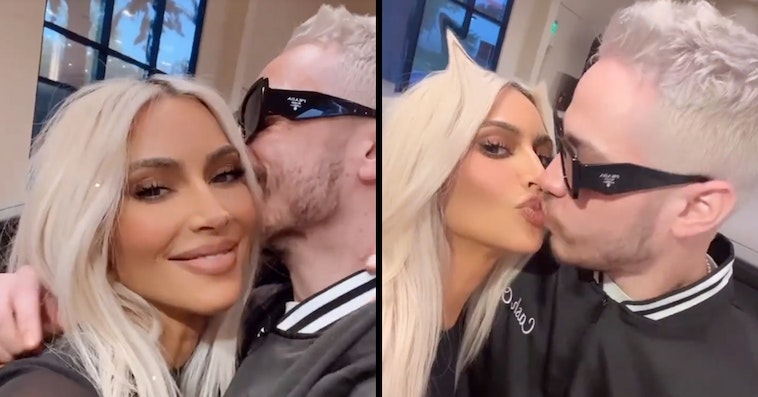 In the nearly eight months of Kim Kardashian and Pete Davidson’s relationship, the pair have been relatively low-key with their social media presence, but a recent Instagram Story post by Kim shows the couple making out.

Kim and Pete first went Instagram Official in March with photos of the pair of them snuggling up together made it onto a carousel of photos.

Since then, the couple attended the White House Correspondents’ Dinner together and walked the red carpet at the Met Gala, where Kim revealed her new platinum blonde look.

Pete, it appears, decided he wanted to bleach his hair to match his girlfriend, and the couple showed off their new matching looks on Kim’s Instagram Story on Sunday.

On top of the looks, Pete took advantage of the camera rolling to lean in and give Kim a kiss in the videos. They also posted clips of them sticking their tongues out for the camera.

However, commenters on Reddit were which to notice that while Pete’s eyes were only for Kim, his girlfriend couldn’t stop watching herself in the camera.

One user commented on the thread, “Seeing her make 😍 at her own reflection and then remember he is there too 😭😭.”

Other users found the “intense eye contact” disturbing, as if Kim was including the audience in the kiss as well.

One Redditor said of the eye contact, “Yeah I had to look away. Like, I didn’t ask to be part of this kiss, stop making eye contact with me 👀”

Another joked, “She has no idea who’s she standing next to she’s so obsessed with staring at herself.”

“Why is she making such intense eye contact with us?? Girl focus on your man 😭😭😭” yet another said. 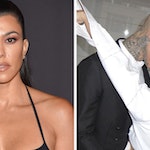 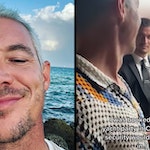