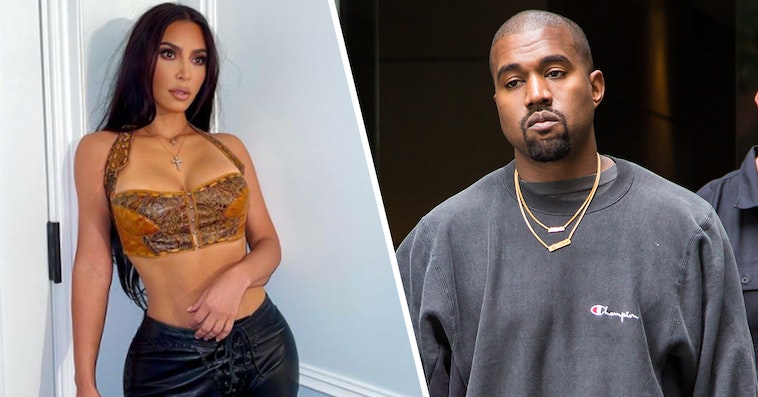 Kim Kardashian made an appearance at soon-to-be-ex-husband Kanye West’s listening party for his new album Thursday night, and things may have gotten a little awkward.

The power couple split back in February, following West’s failed presidential campaign and repeated public meltdowns. The catalyst for the breakup was said to be at least in part due to West’s constant traveling and general absence from the Kardashian-West home, and the pair were rumored to have had a contentious falling out immediately following the separation.

But whatever rift came between them seems to be healing enough to make room for co-parenting, at least. Kardashian brought their four children along with her to see their father perform music from his upcoming album, Donda, only days after all six reportedly took a family trip to San Francisco.

Although the album is named after West’s late mother, at least one of the tracks seemed to be aimed at Kim K and their kids.

West reportedly didn’t speak at all during the listening party, instead spending the length of the album pacing around stage and — when the part about losing his family came on — falling to his knees.

An anonymous source told E! News that Kanye let Kim know about the song ahead of time, and even listened to her input about it.

“He was respectful and gave her the heads up, and did not want to blindside her,” the source said.

Still, people couldn’t help but wonder what both Kim and Kanye were thinking as the song played for a crowd of people for the first time, with both of them in attendance.

At this point, it’s near impossible to even speculate when it comes to Kanye’s mindset regarding anything, but it’s good to see that the two are trying to do right by their kids and have both parents present in their lives. But it’s hard to imagine that scenario was particularly comfortable for anyone involved. 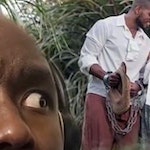 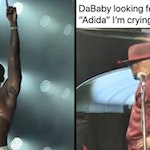