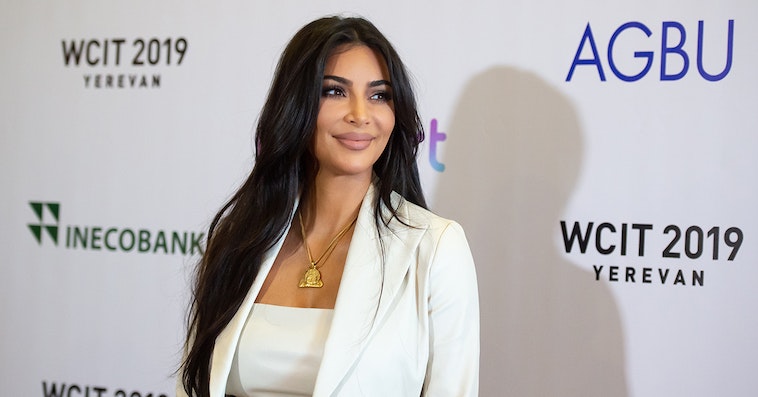 Kim Kardashian is usually pretty quiet about her personal life, but she’s letting her fans in on how her romance with Pete Davidson started — and how it’s going.

During Thursday’s episode of The Kardashians, Kim talked about Davidson in glowing terms, calling him “the best human being I’ve ever met.”

In a confessional, Kim talked about her romance with Davidson for the first time on the show, explaining that she made the first move.

“So, this is how it went down with Pete. I did SNL, and then when we kissed in a scene it was just a vibe,” she explained. “And I was like, ‘Oh, s***. Maybe I just need to try something different!'”

“But Pete does not come to my after-party — everyone was at my after-party — [he] does not give me the time of day, so a few days later, I called the producer at SNL and was like, ‘Hey, do you have Pete’s number? And they were like, ‘Yeah,'” she continued. “I text him. I wasn’t even thinking like, ‘Oh my God, I’m gonna be in a relationship with him.’ I was just thinking, ‘Heard about this BDE [big d*** energy], need to get out there, I need to jumpstart my…'”

Kim says that she and Pete actually have a really normal relationship, joking that, “I never knew you can be just so happy watching TV series and going to the gym [with] someone I thought had never even gone to the gym or been to the gym before.”

“Pete has got to be literally the best human being I’ve ever met, like the best heart. People always say, ‘Oh, he’s so funny.’ That’s like, fourth on my list of why I like him. Always wants the best for people, can handle anything, always does it with grace. He’s really, really thoughtful, and humble, and just so genuine. I would say the perfect word to describe Pete is genuine.”

During a conversation with her sisters, Kim also revealed how being with Pete has inspired her to embrace herself and be at ease and natural: “I actually don’t care if I go out like this and have no makeup on. It’s the most refreshing feeling,” she said.

“I had this big pimple on my nose and I kept complaining about this pimple and being like, ‘Oh my god, I have to get up and put pimple medicine on,'” she added. “One thing that we seriously have in common is we’re obsessed with skincare and dermatologists and beauty products. And I fell asleep at 8:30, I was so tired, and I woke up in the morning with dried pimple medicine on my nose. He put it on for me in my sleep because he knew I really needed it to go away!”

Kim also was coy about her sex life with Davidson, saying: ” When I turned 40, everyone said it’s the best sex of your life. Grandma kept on telling me, ’40s, the best sex’ and I’m like, ‘Okay, I’m ready!’ And so far, [clicks tongue].”

Apparently, though, Davidson had been interested in Kim all along.

“After we got together and it was like a thing, Megan Fox texts me and is like, ‘Is this shit for real? Because he asked me for your number months ago,” Kim says. She recalls Megan telling Pete, “Dude, you have a better shot of me and MGK getting eaten by crocodiles than you ever getting her number. Never gonna happen, do not ask us.”

Guess he didn’t need their help! 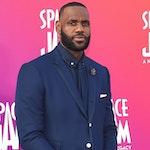 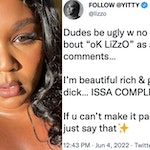