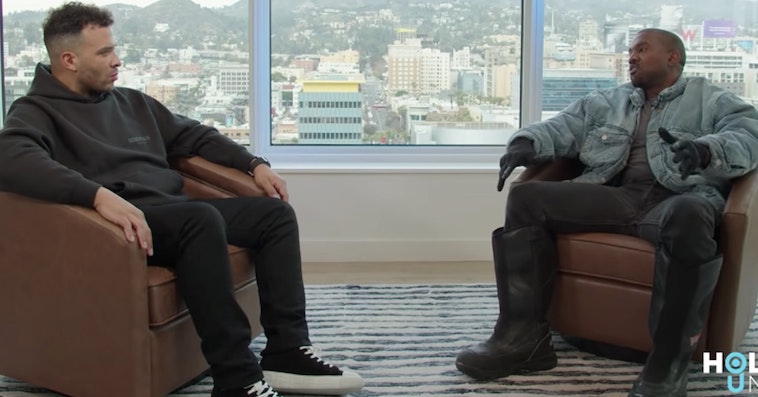 Kanye West was begging Kim Kardashian to come back to him just a couple of new months ago, but he’s taken a hard turn on that in the new year. As of NYE, he’s been dating actress Julia Fox and taking her on elaborate dates involving photoshoots and travel. How he really feels about Fox, no one knows, but we all definitely know how he’s feeling about Kim, because he went on Entertainment Tonight to complain about her.

In the new interview, Kanye claimed that Kim was keeping him from his kids, and not allowing him into her house. He says he was stopped at the door by security.

“My daughter wanted me to go inside. I was like, I am the richest Black man and North’s father, right, and the security was able to stop me from going into the room with my daughter,” he said. TMZ reports that sources close to Kim say she hasn’t denied her ex time with their four kids, but she has asked him to call ahead of time so that she can have some “privacy and structure.”

After making these allegations, West got to another issue, adding, “And I am hearing that the new boyfriend is actually in the house that I can’t even go to.”

Though he never uses his name in the interview, West is referring to comedian Pete Davidson, who has been dating Kim since at least November. The new couple was in a few sketches together on Saturday Night Live earlier in the fall, which West seems to think is part of a big conspiracy against him.

“This is for anybody that’s going through a separation, people intentionally do things to be mean and hurt you…to be playing games,” West continued. “How you gonna bring me to SNL and kiss the dude you dating right in front of me? And everybody’s like, ‘Aw, that’s cool.’ I can have my principles and I’ve changed things, and I backslide, and I haven’t been the best Christian and the media can make [things] seem some kind of ways… But at the end of the day, I’m Jesus gang. I’m about family, just me and my kids, parenting. And I mean, my kids’ mom we not together. I’m still gonna be the best dad.”

This week, a leaked single from West does include Pete’s name.

“God saved me from the crash, just so I can beat Pete Davidson’s ass,” West raps. Things are getting personal. 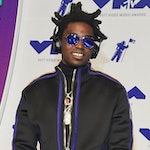 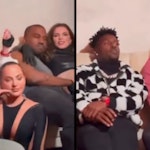