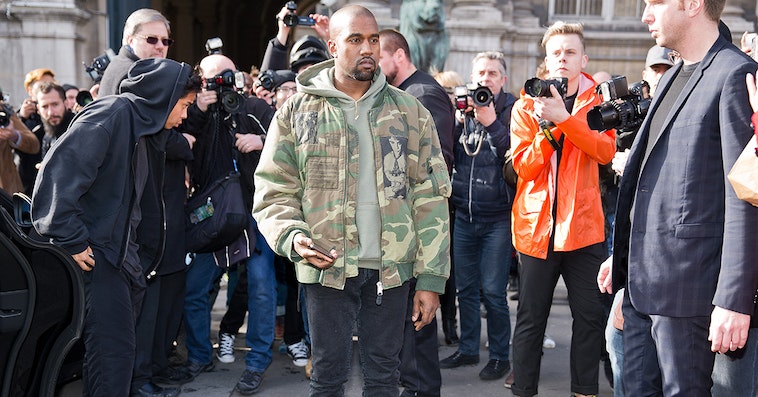 In January of 2021, Kim Kardashian filed for divorce from her husband of seven years, Kanye West. It seems like he is just starting to realize she really means it, because on Thanksgiving he poured out a sermon on Instagram backed by his Sunday Service Choir. It’s more like a monologue on all the ways he completely f-ed it up with Kim and the kids and while he doesn’t exactly say mistakes, he does apologize for his “misactions.”

“All I think about every day is how I get my family back together and how I heal the pain that I’ve caused,” says West.

He continues, outlining how he was affected by alcohol and refusing his medication.

“The one thing that all my successes and failures have in common is me,” says West. “Let’s start with A: alcohol. I would drink to take the stress away, to knock the edge off. Drinking affected my health and the health of people around me, because I already had a hair-trigger temper and this just heightened it.”

“B: episodes. I went into a manic episode in 2016 and I was placed under heavy medication,” he continued. “Since then, I went on and off the medication, which left me susceptible to other episodes, which my wife and family and fans have had to endure.”

He went on to say that his Ego was an issue, which is honestly astounding to hear from Kanye West. He claims it went past being entertaining to overbearing and that there are “ways to show confidence without arrogance.”

West also admitted that he has anger issues, saying, “Temper. Now, I know none of y’all would ever picture this, but… sometimes I scream! And that screaming might have helped me tell off everyone who doubted me in music, but that screaming did not help me keep my family together.”

Kanye also said that when he got saved, he didn’t become a better person—he became a self-righteous Christian.

Not everything Kanye says indicates he actually has changed his mind. His comments about politics indicate he still has some complaints.

“Let’s go with politics here,” says West. “Good Lord, my wife did not like me wearing the red hat. Being a good wife, she just wanted to protect me and our family. I made me and our family a target by not aligning with Hollywood’s political stance and that was hard for our marriage.”

“Then I ran for President without proper preparation and no allies on either side. I embarrassed my wife in the way that I presented information about our family during the one and — thanks God — only press conference. All my dad had to say afterwards was, ‘Write your speech next time, son.'”

The real campaign right now seems to be getting Kim back, especially now that she’s been seen out and about with comedian Pete Davidson. At an appearance in Los Angeles on Skid Row’s Thanksgiving drive, he basically said he wants to reconcile with her and reunite his family. The man really can’t do anything quietly. 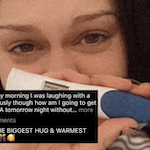 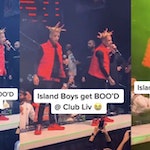