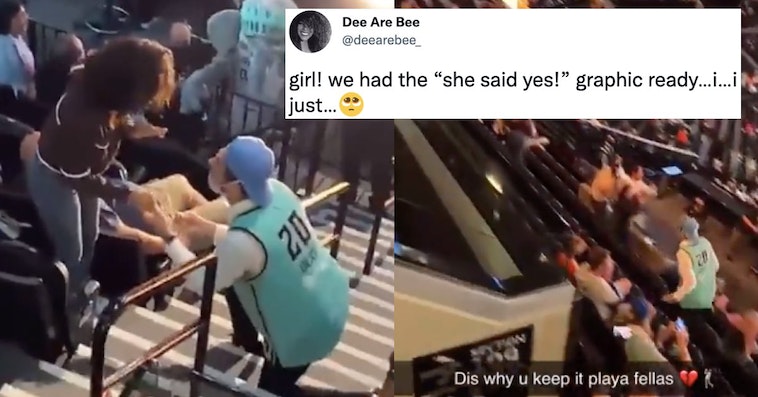 Public proposals are less and less popular these days, probably because now a public proposal is going to be seen by potentially hundreds of thousands of people. Especially when it goes viral because you were brutally rejected in front of an entire basketball arena after getting thrown up on the jumbotron.

That’s what seems to have happened to one man on Friday at the New York Liberty vs. Washington Mystics game, BroBible reports. Multiple people caught the moment from different angles, showing the guy go down on one knee in front of his girlfriend. She covers her face like she’s shocked and happy, but then things take a turn.

In fact, she turns her entire body away from him, gathers her stuff, and runs the hell away:

There are a lot of people in the comments denying that this is a real rejection and saying that the two are probably pretending to be a couple going for a breakup. I’m not sure what they’d be promoting. Giant TV sets? The Washington Mystics? Are they just generally bringing people’s attention back to the fact that basketball exists?

There was a Twitter user who claims to work for @nyliberty who says that the people in the booth thought it was real and were ready with graphics to celebrate their engagement: 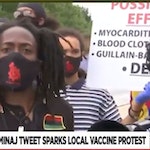 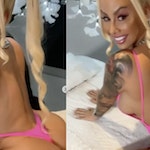