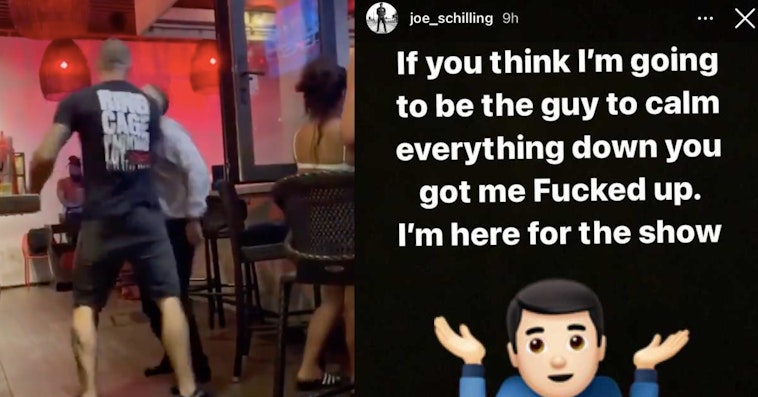 It is never a good idea to get blotto and start fights with people in bars. If you have friends who do this regularly and you can’t convince them to knock it off, try sending them this video of MMA fighter Joe Schilling laying a drunk out in about three seconds. You never know if the person you’re picking a fight with is a professional ass-kicker—though I think this drunk should have suspected something was up from Schilling’s physique alone.

The video of the very brief and vicious fight went viral this weekend, BroBible reports, and it’s only about 20 seconds long. A man in business casual attire seems cranked up to get into a fight with another guy, when he bumps into Schilling, and tries to talk back to him. We can’t hear what he says, but Schilling gives him the ole one-two, and he goes down like he’s in hibernation:

You can see him laying flat on his back on the floor, dead to the world but hopefully not actually dead:

People have been arguing over whether or not Schilling went too far. The guy is being a jerk, but being an MMA fighter puts you at a significant advantage in a fight. It’s almost like carrying a concealed weapon.

Schilling defended himself on Instagram, implying the guy he knocked out was a racist. Not being able to hear anything he said, and with no other context, it’s hard to say:

And Schilling made it clear in an Insta-story that he isn’t one to mess with in any case:

Guess whenever that dude wakes up, he can let the courts decide if Schilling went too far. 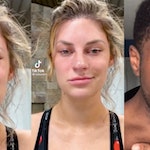 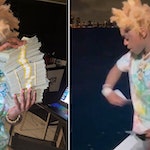