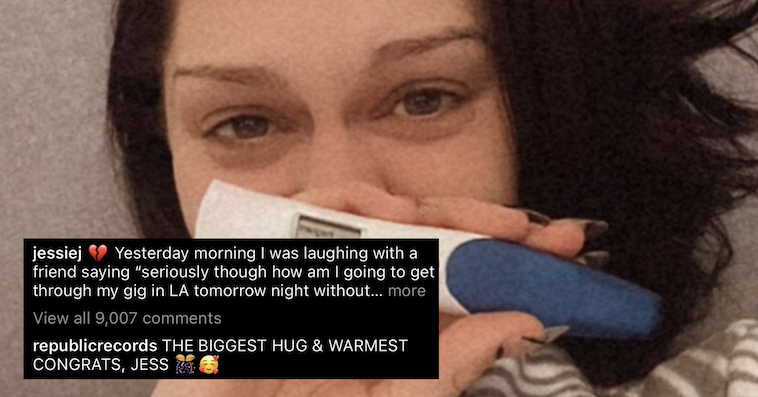 Musician Jessie J posted a photo of herself holding a positive pregnancy test to Instagram on Thursday, along with a screenshot of a poem about how sometimes “love isn’t enough.” She tagged the post as being in “Heartbroken” and the caption outlines her journey to get pregnant on her own and the sad loss of the pregnancy the day before.

“Yesterday morning I was laughing with a friend saying ‘seriously though how am I going to get through my gig in LA tomorrow night without telling the whole audience I am pregnant,'” she wrote. “By yesterday afternoon I was dreading the thought of getting through the gig without breaking down…After going for my 3rd scan and being told there was no longer a heartbeat. This morning. I feel like I have no control of my emotions. I may regret posting this. I may not. I actually don’t know.”

Jessie J went on to say that she wanted to perform tonight because her “soul needs it” and she thought it was safer to share the story of her miscarriage on Instagram than breaking down on stage.

The whole post is very tragic, but it seems like a lot of people didn’t actually read the caption, including her label, Republic Records, who wrote, “THE BIGGEST HUG & WARMEST CONGRATS, JESS.”

It seems like a lot of people didn’t read, actually, as Twitter users noted, screenshotting all the folks who saw the pregnancy test and commented congratulations.

The comment seems to be deleted and a large number of people are sending their condolences, so some people do read.

“I also know millions of women all over the world have felt this pain and way worse,” Jessie J added at the end of her post. “I feel connected to those of you I know and those of you I don’t. It’s the loneliest feeling in the world.” 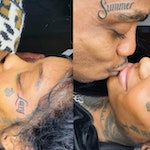 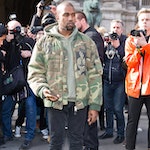