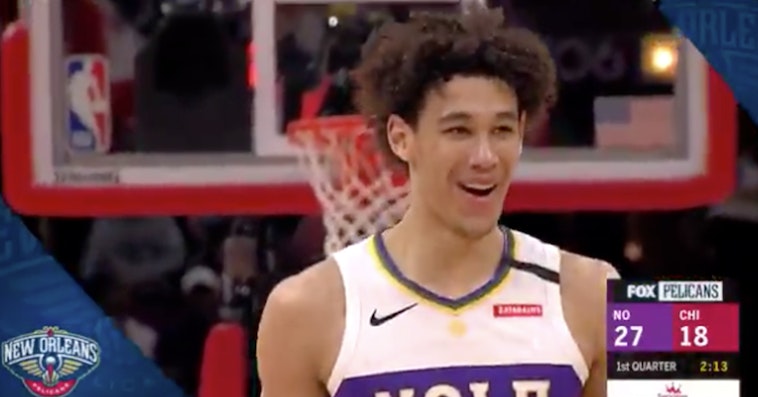 On Tuesday, an investigation was launched into the violent arrest of New Orleans Pelicans center Jaxson Hayes, after the LAPD was stopped outside the residence of his girlfriend in a domestic disturbance call, TMZ reports.

The video begins with Hayes already on the ground, being manhandled by three officers, one of whom shocks him in the chest with a taser.

Hayes was eventually taken into custody around three AM and charged with resisting arrest, but he had to be treated for minor injuries at a local hospital. He posted a $25,000 bond for his release.

Hayes has since said that force was applied to his neck during his arrest, blocking his breathing, which Los Angeles PD Chief Michael Moore said is what instigated the investigation.

Officers are claiming that Hayes was attempting to enter the house, and when they tried to stop him he shoved one of the cops.

“Body-worn video captured Hayes repeatedly attempting to enter the
residence despite officers blocking his path and verbal commands for him to remain outside,” police said in a statement.

“Officers requested a backup and they attempted to place Hayes’ hands behind his back; however, Hayes broke free of the officers’ grasp and pushed one of the officers into a wall.”

During the press conference, Moore admitted “the possibility of force being applied to the suspect’s neck during the use of force in taking him into custody,” Yahoo Sports reports, and that Hayes “was complaining of having trouble breathing, saying that he could not breathe.”

Neck restraints were outlawed in 2020, following protests over the murder of George Floyd by Officer Derek Chauvin in Minneapolis. Hayes’s girlfriend was also at the scene, and she “declined to cooperate with officers’ investigation into the original domestic dispute call.” 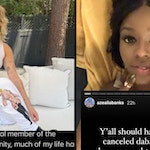 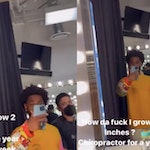