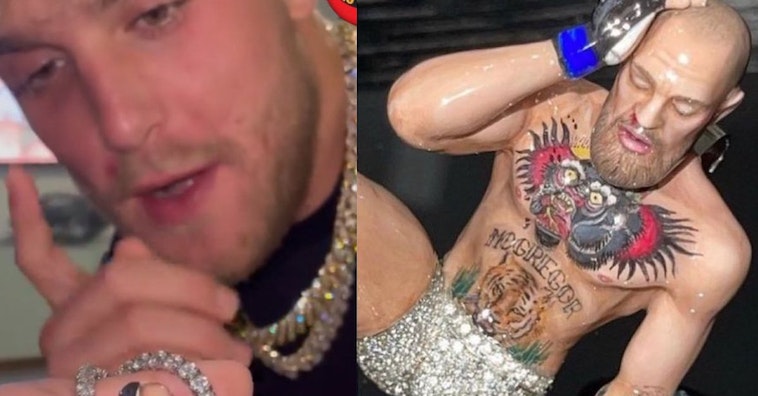 Jake Paul has been obsessed with Conor McGregor for a while because he wants the famous fighter to step into the ring with him. Both the Paul brothers have been trying to make themselves into actual fighters, or so they say.

What ends up happening is that they make a whole bunch of money off of Pay-Per-View fights that their opponent gets a cut of, and not much real sportsmanship is on display. So far, McGregor has resisted this setup, but will he cave soon?

Jake Paul’s taunting tactics have gone up a level. On Saturday, he posted a video of himself with a custom chain of “Sleepy McGregor,” which shows the MMA icon holding a bottle of Nyquil and seemingly passed out. This is what Paul said McGregor would look like after fighting Dustin Poirier at UFC 264.

“McGregor, you better win tonight, otherwise, your career is over,” Paul says. “And if you lose, that $50 million bet I gave you won’t be on the table anymore. So don’t choke like you normally do. Sleepy McGregor, don’t go night-night. Nyquil McGregor – f-ckin’ b-tch.”

Of course, what ended up happening was McGregor talked a bunch of trash during fight week—going so far as to take a shot at Poirier’s wife at one point—then suffered from a brutal freak leg injury at the end of the first round at the T-Mobile Arena in Las Vegas on Saturday night.

McGregor does not seem fazed by anything the Paul brothers direct his way. BroBible reports that when recently asked about them, he claimed he miiiiiight fight them. But he definitely doesn’t care about them.

“I couldn’t care about them two dingbats,” he said. “I don’t see so, but never say never. If they’re gonna keep competing and whatnot, who f—ing knows? But dingbats, the two of ‘em.”

Paul will next be boxing ex-UFC welterweight champ Tyron Woodley, as McGregor fights Poirier. Maybe his win or loss will determine how seriously he takes Jake Paul’s next offer. 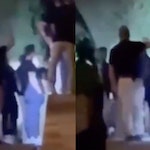 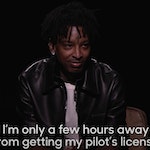