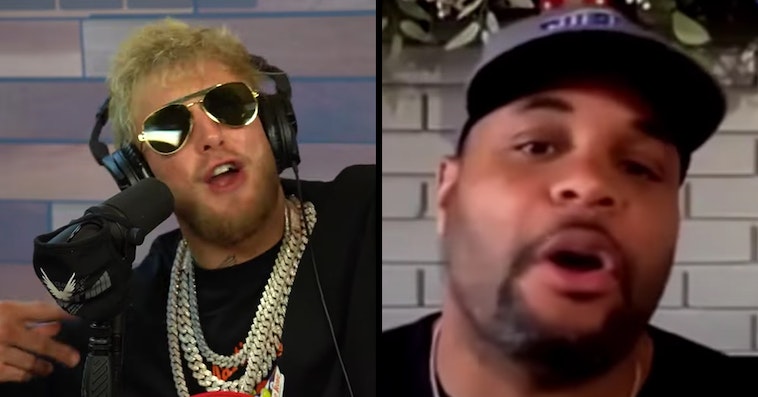 On Sunday, Jake Paul won a fight against former MMA fighter Ben Askren. The fight was not nearly as memorable as comedian Pete Davidson roasting Paul the whole time as the host and asking him about sexual assault allegations to his face. Davidson even got Askren to talk some sh-t in the locker room, which seems to have really set off Paul:

Since he’s not planning to fight Askren again, he seems to have set his eyes on a much bigger player. While watching the fight, former two-division UFC champion Daniel Cormier attracted Pauls’s attention.

Cormier was in Askren’s corner the whole time, expressing his disgust with Paul and his whole team for how they conducted themselves up to the fight:

Paul noticed and tried to challenge Cormier to a fight on Twitter, calling him “fat boy.”

Then on his brother Logan Paul’s podcast, he claimed he could absolutely beat up Cormier in a fight:

“Daniel Cormier (was saying) ‘that’s my boy Ben, he’s gonna beat Jake, he pushed him in the face so he’s gonna win now, chirp, chirp, chirp,'” said Jake Paul. “I knock him out and he’s on Twitter, ‘Ben, are you serious, bro, you went down like that. Ben are you kidding me, I can’t believe you did that to the MMA community.’ Shut the f—ck up botch. I’ll beat the f—ck out of your fat ass too, just like Stipe did, Cleveland sh-t. I’ll beat the f—ck out of Daniel Cormier.”

On an episode of ESPN MMA’s DC & Helwani, Cormier responded by saying he would “kill” Paul in a fight and it would be slumming it to fight him, essentially.

He went on to list some of his credentials that put him a step above Paul.

“I’m the guy that’s in the Hall of Fame,” he explained. “I’m the guy that won two world championships at the same time. I’m not gonna punch down to some kid that’s on YouTube that’s, like, ‘Fight me!’ Like, why? What have you done to earn the right to fight me?”

Exactly. And on another note, who thinks Askren threw the fight for money? Just a thought… 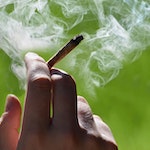 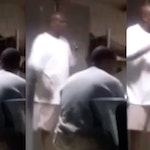