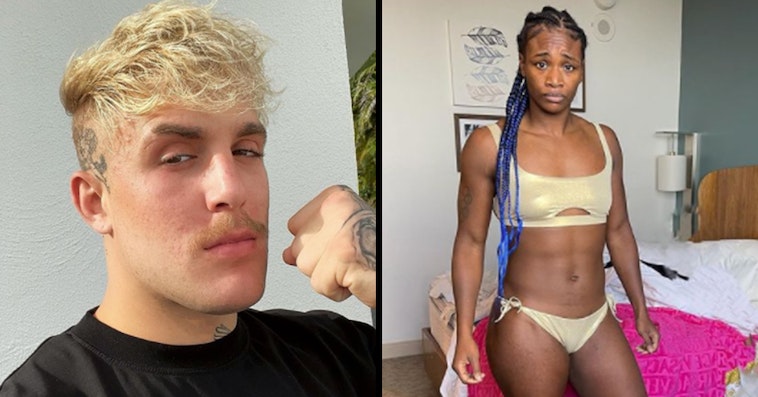 Claressa Shields experienced her first professional fighting loss this week and Jake Paul has way too much to say about it.

The Viner-turned-MMA-fighter has always talked a big game, seemingly even more interested in the sh*t-talking portion of fighting than the actual fighting part of fighting. So after Shields, who has previously declined to appear on the undercard at one of Paul’s pay-per-view fights, lost her match against Abigail Montes, he was ready to pounce.

“I love karma @Claressashields,” he wrote, before sharing further thoughts via the Notes app.

“The truth hurts but it’s necessary. Clarissa Shields is a loser. In MMA, and even more so with her prima donna attitude,” the text reads. “The fake always get exposed.”

Shields had previously been asked why she wouldn’t fight on one of Paul’s undercards and expressed a frustration with the disproportionate opportunities handed to him just because he is popular on social media.

“What has Jake Paul done that’s so great to where he gets to be the main event pay-per-view on Showtime, but I don’t?” she asked. “I gotta fight under him. That’s the thing, it’s like I actually earned my opportunity. They’re just giving it to him.”

And that’s the thing — she’s not wrong. Shields had an incredibly solid amateur career, losing only one fight, before going pro and winning two Olympic gold medals thus far. Paul has won his four professional fights, but they all revolved around publicity and entertainment and the legitimacy of his wins, particularly against Ben Askren, has frequently been called into question.

His classless lashing out at Shields using her loss suggests he’s still more interested in gaining fame and attention than anything else, and MMA fans responded accordingly.

Shields hit back at Paul on Thursday, calling his criticisms “funny.”

“You come running when I lose a split decision in a [whole] new world [in] MMA but never even once said, ‘Congrats on all you’ve done and aspire to do.’” she wrote on Twitter. “Two things that remain Jake, I still fight better than you and you won’t accomplish 10 percent of what I have in boxing or life.”

She also added that losing was still beneficial because it helped her improve, particularly as MMA is a new pivot for her from boxing.

And even her opponent, Abigail Montes, who Paul praised in his tweet, seemed to have Shields’ back.

“Thank you for the support!!” she tweeted at Paul, before pointing out: “It takes two fighters for a great fight.”

If nothing else, Paul’s tantrum over the whole thing is a great reminder that some men can’t handle rejection from women in any scenario. 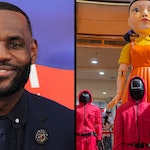 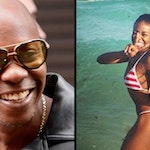