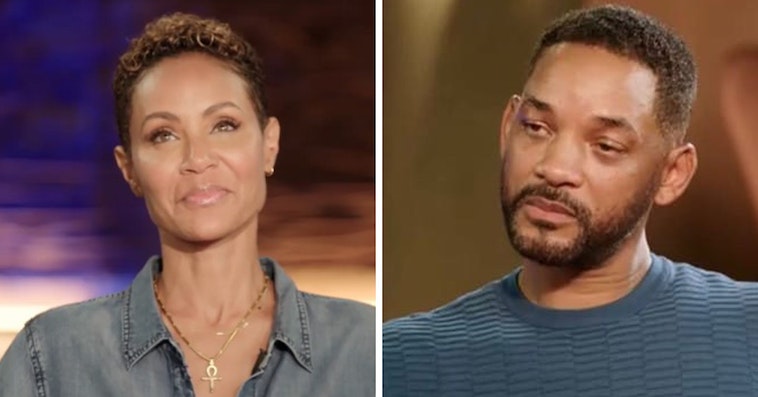 Before his death, Tupac Shakur shared a very close relationship with actress Jada Pinkett Smith, who in turn was married to actor Will Smith. No one is sure how close Tupac and Jada were, but we do all know that the Smith’s marriage is complicated, so anything could have been happening. A new interview adds a twist to the potential love triangle,

Yahoo News reports, that Napoleon, one of the original members of Tupac’s rap group Outlawz Immortalz, recently revealed that Jada once had to intervene in what she thought was a brewing fight between the guys.

Napolean made his reveal on The Art of the Dialogue, talking about a time Tupac discussed Jada with him

“The second time I probably heard him talk about her was when he went to LA and he was very upset,” said Napolean. “Pac came in the room, he was like, ‘Jada gonna contact me like and tell me: DON’T DO NOTHING to Will Smith!'”

Tupac wasn’t flattered to hear this request from Jada, according to Napolean.

“He was offended when she asked him not to do anything to Will Smith from a standpoint not to be violent towards him,” he explained. “I think that just hurt him more than anything. Because he was like, ‘What do you think this is? I’m not walking around being this impulsive, violent individual.’ So I think that probably hurt his feelings at the particular time.”

In an interview in 2020 with The Breakfast Club, Smith mentioned meeting Tupac and not being at his best.

“We were in the room together a couple of times and I couldn’t speak to him. And he wasn’t gonna speak to me if I wasn’t gonna speak to him,” Will said. “Jada would say all the time, ‘I’m telling you. Y’all are so similar. You’ll love him.’ And I just never…That was a huge regret of mine. That I couldn’t handle it. I was the soft rapper from Philly and he was Pac. […] I was deeply, deeply insecure and I wasn’t man enough to handle that relationship.”

There’s been some joking since the news about the fight that never happened came out, as people wondered who would have won if it went down, or speculated on how relieved Will Smith must have been:

Meanwhile, Jada honored Tupac on what would have been his 50th birthday with a poem he never released on her Instagram: 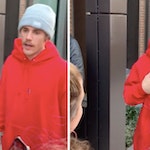 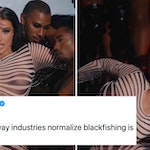